Poet JoEllen Kwiatek to Read for Carver Series on March 23

Poet JoEllen Kwiatek will be the next writer to give a reading in the spring 2016 Raymond Carver Reading Series on Wednesday, March 23. 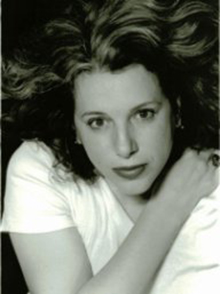 Kwiatek received the 2014 Iowa Poetry Prize for “Study for Necessity.” A former associate professor in the Department of English and Writing Arts at SUNY Oswego, she received a B.A. from Syracuse University and an M.A. from Johns Hopkins University. Her first book, “Eleven Days Before Spring: Poems,” was published by HarperCollins in 1994.

Geoffrey Nutter says of “Study for Necessity”: “… Kwiatek’s work seems meant to be read on the page, at one’s own pace, and in a kind of meditation. They remind me of carefully composed paintings that show figures in tableaux that are strange and almost otherworldly; but then again, of thoughts that are in the process of materializing into language as through a bright fog.”

Other writers in this spring’s lineup are novelist and short story writer Colum McCann, The Jane and Daniel Present Lecturer, April 13; and novelist Dana Spiotta, April 27.