The Humanities Center, based in the College of Arts and Sciences, is presenting a workshop on “urban acupuncture”—the use of small-scale interventions to transform the larger urban fabric—in the City of Syracuse.

The event, which includes dinner, will take place on Thursday, March 24, from 5:3-7 p.m. in Suite 405 of the Nancy Cantor Warehouse (305 West Fayette St.). It will be facilitated by Marilyn Higgins and Anne Mosher as part of an undergraduate geography course they teach titled “Engaged Placemaking and Urban Acupuncture” (GEO 500). Higgins and Mosher will consider the role of arts and technology in the revitalization of three local neighborhoods: the Valley, the Near Westside and Armory Square. 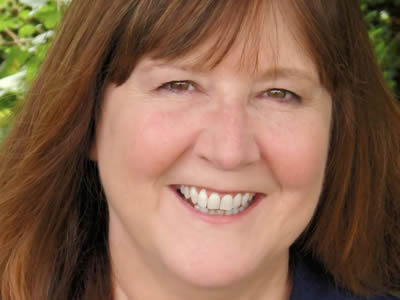 The event is free and open to the public; however, seating is limited. For reservations or more information, call the University’s Office of Community Engagement and Economic Development (CEED) at 315-443-5593, or RSVP kepitt@syr.edu by Wednesday, March 23.

“This is an opportunity for us to do practical, innovative problem-solving about issues facing our community,” says Vivian May, director of the Humanities Center and associate professor of women’s and gender studies. “We are honored to partner with Marilyn Higgins and Anne Mosher, both of whom are longtime local residents and experts in engaged placemaking [the planning, design, and management of public places].”

More than 40 people—whom Mosher characterizes as “unlikely coalitions” of students, faculty and community stakeholders—are expected to attend the event, which features class presentations by her and Higgins’ students.

Their course began in January, when all 18 students were divided into three groups, with each one assigned to a particular neighborhood. Their goal? To come up with an idea—a seemingly small intervention, with a potentially big impact—that could benefit their community.

With $600 of seed money, each group canvassed its respective neighborhood for ideas, as well as worked with a local partner—specifically, Bob Dougherty, a former Syracuse Common Council member who lives in the Valley; Maarten Jacobs, director of the University’s Near Westside Initiative; or Michael John Heagerty, chief connection officer and founder of the NOexcusesSYR tour company, as well as executive producer of the vlog series TAKEATOUR, based in Armory Square.

“At the dinner, the students will present their ideas to their respective partners,” says Mosher, an associate professor of geography, a senior research fellow in the Moynihan Institute of Global Affairs and an inaugural public scholar of the New York Council for the Humanities. “Afterward, they’ll spend the next month turning some or all of their ideas into reality.”

On Thursday, April 21, the groups and their partners will publicly unveil their projects at a local press conference. In anticipation of the event, they will be coached by Kevin Morrow, executive director of public affairs strategic communications at the University; Dennis Connors, curator of history for the Onondaga Historical Association; and Owen Kerney, assistant director for city planning for the City of Syracuse.

Higgins is adjunct professor of community engagement and economic development, as well as vice president of CEED. “The students’ projects speak to the importance of ‘place’ in the urban landscape,” she says, noting that much of this kind of work occurs at the nexus of the humanities and the social sciences. “The whole point of these interventions is to add spark to our neighborhoods, in hopes that residents will engage with one another in new, exciting ways.” 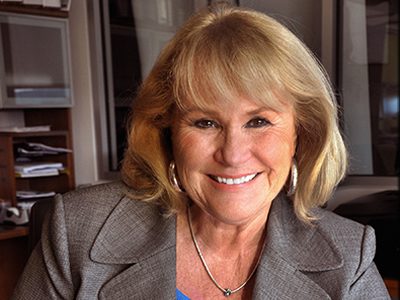 “Spark” can take many forms, Higgins explains, such as an herb garden on a desolate street corner, a poem engraved on the façade of an abandoned building, or a play mat in a vacant lot. “While small, such examples can be powerful, and can serve as catalysts for change in urban neighborhoods,” says Higgins, a nationally renowned urban revitalization leader and economic development executive. “They’re also indicative of a new trend in urban planning and design that is more ‘project-based,’ rather than ‘comprehensive’ in its approach, and targets smaller scales.”

Urban acupuncture is a relatively new concept, largely pioneered by the Brazilian architect and urban planner Jaime Lerner. Using a small-scale approach to large-scale problems, he and other such proponents argue that cities must be treated as living organisms. Just as medicine stems from interaction between a doctor and a patient, urban areas need to be “poked” in such a way to heal, improve and create positive chain reactions.

“Large-scale revitalization projects are not always the answer,” May adds. “Progressive urban renewal begins with people and ideas—engaging our communities in meaningful ways, so that there is a coordinated effort in seeking solutions to urban challenges.”