Dean of Libraries David Seaman has announced the appointment of Linda Dickerson Hartsock as executive director of Blackstone LaunchPad at Syracuse University, starting on March 16. Hartsock was previously director of the University’s Connective Corridor in the Office of Community Engagement and Economic Development. 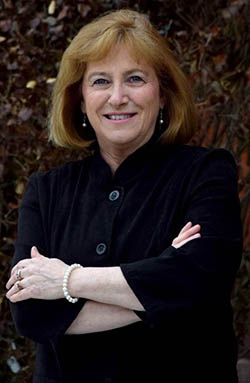 Hartsock has fashioned a distinguished career in economic development and innovation. She has held leadership positions in a number of regional organizations, including vice president for Innovation and Technology at CenterState Corp. for Economic Opportunity (CEO); executive director of the Clean Tech Center, an award-winning NYSERDA-funded clean energy incubator, and a joint appointment with the SyracuseCoE, a New York State Center of Excellence in Environmental and Energy Systems. She was previously a senior member of the state’s economic development team, serving as Central New York Regional Director for Empire State Development Corp. and president and CEO of Cortland County Industrial Development Agency. A native of the Hudson Valley, Hartsock was on the faculty of Marist College. She serves on a number of regional nonprofit boards, and is past chair of the Central New York Community Foundation.

Speaking of the appointment, Dean David Seaman, Principal Investigator for the Blackstone Charitable Foundation grant, said: “I am delighted that Linda is joining us in Bird Library as executive director of the Blackstone LaunchPad at Syracuse University.”  Interim Vice Chancellor and Provost Liz Liddy adds that “Her considerable experience in economic development and the startup community is a perfect fit for this new initiative, especially her hands-on work in support of start-up ventures in the Student Sandbox. We look forward to the new connections and projects that will result from her involvement with student entrepreneurs and mentors in the region.”

“Syracuse University has a very robust entrepreneurial ecosystem, and the Blackstone LaunchPad initiative will help enhance that strong foundation through expanded partnerships,” notes Hartsock. “I look forward to joining the team and supporting faculty, student, staff and alumni innovation through this exciting program.”