The Humanities Center in the College of Arts and Sciences continues its spring series with a discussion about the ongoing relevance of “To Kill a Mockingbird,” as a novel, play and film. 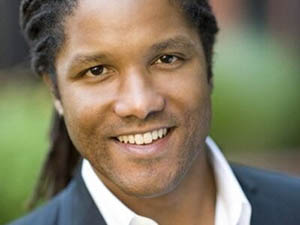 On Wednesday, March 9, Kevin Maillard, a professor in the College of Law, will present “To Kill a Mockingbird: From Jim Crow to Black Lives Matter” at 2 p.m. in Archbold Theatre at Syracuse Stage (820 East Genesee St.) The event is free and open to the public. For more information, call the Humanities Center at 315-443-7192.

Immediately following the event is a 3 p.m. performance of the Syracuse Stage production of “To Kill a Mockingbird.” The matinee is open to the public; however, tickets are required. To purchase tickets ($30-$48 for adults and $18 for children), call the Syracuse Stage Box Office at 315-443-3275 or visit http://syracusestage.org.

The discussion is organized by Syracuse Stage, whose critically acclaimed production of “To Kill a Mockingbird” runs through Saturday, March 26.

“We are honored to partner with Syracuse Stage and Professor Maillard, who studies several of the key issues in Harper Lee’s iconic novel—issues such as race, sex, power and justice,” says Vivian May, director of the Humanities Center and associate professor of women’s and gender studies. “This discussion and Syracuse Stage’s production are timely and relevant. The fight for civil rights continues, and the arts are pivotal for engaging these questions and confronting inequality.”

The event follows the publication of “Go Set a Watchman” (Harper, 2015), Lee’s only other book and a kind of prequel to the original novel, and the author’s death last month at the age of 89.

Published in 1960, “To Kill a Mockingbird” deals with racial injustice in a fictitious Southern town. The book won the Pulitzer Prize for fiction the following year, turning the normally elusive author into a reluctant celebrity, and went on to sell more than 40 million copies.

The book’s success was reinforced by a popular 1962 film version, starring Gregory Peck as Atticus Finch, the small-town Southern lawyer who defends a black man falsely accused of raping a white woman.

In 1991, Christopher Sergel published a stage adaptation that took more than 20 years to write, and that he continued to revise up until his death two years later. His adaptation is directed here by Timothy Bond, producing artistic director of Syracuse Stage. 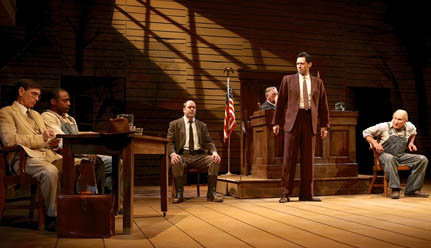 “It’s a classic story of finding courage and pursuing justice,” says May, noting that the production opened a week after Lee’s death. “Within a portrait of small-town life during the Depression, we are offered a sobering look at Jim Crow race relations in the Deep South. This story remains germane to countless aspects of our current reality, as a community and as a nation.”

She credits Kyle Bass, who is introducing Maillard on March 9, for curating Syracuse Stage’s popular Wednesday@1 Lecture series, of which this event is a part. Bass is a drama instructor in the University’s College of Visual and Performing Arts and is Syracuse Stage’s resident dramaturg.

Maillard is an expert in family law, Constitutional law, and popular culture. He is a frequent contributor to The New York Times and The Atlantic, and is co-editor of “Loving v. Virginia in a Post-Racial World” (Cambridge University Press, 2012). He earned a Ph.D. in political theory from The University of Michigan.