Jesse Feitel and Kevin Smith, both third-year students in the College of Law, won the 44th Annual Mackenzie Hughes LLP Appellate Advocacy Competition. During the final round, Feitel and Smith prevailed against finalists Sarah Ballard and Shannon Crane, both second-year students. 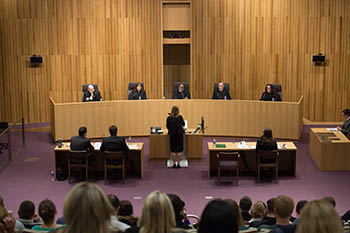 The College of Law’s Moot Court Honor Society hosted the competition, which featured twenty-six students in teams of two competing over several weeks.