Dacher Keltner, professor of psychology and director of the Berkeley Social Interaction Laboratory and the Greater Good Science Center at UC Berkeley, is the first speaker of the spring semester in the University Lectures series on Tuesday, March 8, at 7:30 p.m. in Hendricks Chapel. 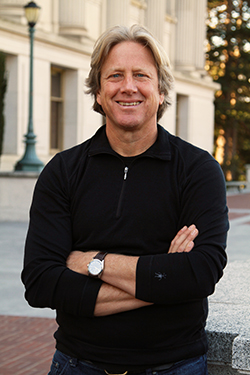 In his presentation, “Survival of the Kindest: Toward a Compassionate Society,” Keltner will look at the social practices by which we navigate the world; detail the evolution and neurophysiology of compassion and kindness; and focus on five practices that elevate compassion—and in so doing increase life expectancy and well-being. He will also discuss the brand new science of awe and beauty, tracing its evolutionary roots.

The event is free and open to the public. Keltner’s appearance is co-sponsored in cooperation with SU’s Intergroup Dialogue Program and the David B. Falk College of Sport and Human Dynamics. American Sign Language interpretation and Communication Access Real Time (CART) will be available.

An expert on the science of emotions, Keltner has been in the news often in recent weeks. He, along with fellow psychologist Paul Ekman, consulted on Pixar’s “Inside Out,” which on Feb. 28 won the Academy Award for Best Animated Feature. The pair helped Pixar devise the animated personifications of joy, anger, fear, disgust and sadness depicted in the film.

Along with Greater Good Science Center science director Emiliana Simon-Thomas, Keltner helped Facebook with its own emotional representations—the Facebook Reactions emoticons that were introduced globally on Feb. 24. They worked with an illustrator to draw more than 50 emotions that were presented to Facebook and later reduced to five: Love, Haha, Wow, Sad and Angry.

The Reactions project was inspired by an earlier Keltner collaboration with Facebook, in 2013, in which he and his team worked with a sketch artist to create drawings based upon Charles Darwin’s original expressions of human emotions; these were developed into Facebook’s stickers.

On Feb. 9, Keltner was announced as one of the inaugural members of Twitter’s new Trust & Safety Council, commissioned to provide input to the microblogging giant on its safety products, policies and programs, and to assure that each Twitter user feels “safe and confident enough to express yourself freely and connect with the world around you” without fear, intimidation or harassment.

Keltner’s research focuses on the biological and evolutionary origins of compassion, awe, love and beauty, as well as power, social class and inequality. WIRED magazine hailed the podcasts of his course “Emotion” as one of the five best educational downloads available. Beyond a substantial body of research published in scientific journals, Keltner’s work has been covered by numerous media outlets, including TIME, Newsweek, The New York Times, the BBC, CNN and NPR.

Among his writings, Keltner is co-author of “Understanding Emotions” (3rd edition, Wiley, 2013) and “The Compassionate Instinct” (W.W. Norton & Co., 2010), and the author of “Born to Be Good: The Science of a Meaningful Life” (W.W. Norton & Co., 2009). His newest book, “The Power Paradox: How We Gain and Lose Influence,” will be published May 17 by Penguin Publishing Group.

The University Lectures series is supported by the generosity of Honorary Trustee Robert B. Menschel ’51. More information can be found on the series’ website and on Facebook.