Poet Brian Turner will be the next writer to give a reading in the spring 2016 Raymond Carver Reading Series on Wednesday, March 9. 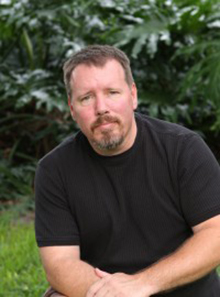 Turner served seven years in the U.S. Army. He is the author of two poetry collections, “Phantom Noise” and “Here, Bullet,” which won the 2005 Beatrice Hawley Award, the New York Times “Editor’s Choice” selection, the 2006 PEN Center USA “Best in the West” award, the 2007 Poets Prize and others. Turner’s work has been published in National Geographic, The New York Times, Poetry Daily, Harper’s Magazine and other journals. Turner has been awarded a United States Artists Fellowship, an NEA Fellowship, a Lannan Foundation Fellowship and others. His recent memoir, “My Life as a Foreign Country,” has been called, “achingly, disturbingly, shockingly beautiful.”

Benjamin Busch, author of “Dust to Dust,” calls “My Life as a Foreign Country” “a brilliant fever dream of war’s surreality, its lastingness, its place in families and in the fate of nations.” He adds, “Each sentence has been carefully measured, weighed with loss and vitality, the hard-earned language of a survivor who has seen the world destroyed and written it back to life. This is a profound and beautiful work of art.”