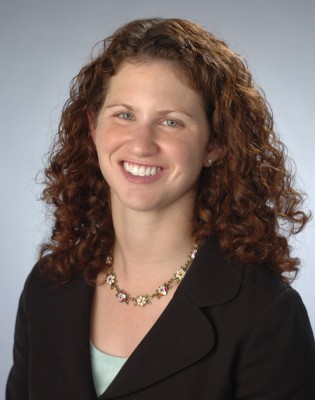 Just days away from the big showdown of Super Tuesday, candidates are crisscrossing the country trying to secure delegates from among hundreds up for grabs.

Shana Kushner Gadarian, assistant professor of political science in the Maxwell School of Citizenship and Public Affairs, examines the numbers and where to find insights as to who might walk away with some serious wins for the candidacy.

Gadarian is also the co-author of the new book “Anxious Politics: Democratic Citizenship in a Threatening World,” which explores the emotional life of politics, with particular emphasis on how political anxieties affect public life. “Anxious Politics” argues that political anxiety triggers engagement in politics in ways that are potentially both promising and damaging for democracy.

Q: Who do you expect to do better on Super Tuesday? Hillary Clinton or Bernie Sanders? Why?

A: On Super Tuesday, 11 states will be holding either a primary or a caucus. (For those interested, Real Clear Politics has a primary calendar of all the upcoming races.) On the Democratic side, a candidate needs 2,382 delegates to become the nominee. On the GOP side, the magic number is 1,237. Other than the number of delegates, there is another difference across the parties. On the Democratic side, there are 712 “superdelegates” who are members of the party (leaders, legislators—including Sanders himself, governors) who decide for themselves who to vote for at the convention and are not bound by the results of a primary or caucus.

One way to speculate about who will do well on Super Tuesday is to look at the polling in the individual states that are holding contests. If you look at the polling (FiveThirtyEight has a really nice set of primary forecasts), Clinton is poised to do well (i.e., has a higher than 60 percent probability of winning) in every Super Tuesday state except for Sanders’ home state of Vermont.

What we don’t know by looking at polling only is what turnout will look like. If Sanders’ supporters, who tend to be younger and therefore less reliable voters, turn out in record numbers in these states, the results may be closer. However, these are also states that are more racially diverse (Texas, Virginia, Colorado, Arkansas, Alabama) and Clinton has an advantage among black and Latino Democrats that should carry her through in these states.

Q: What about the Republican race? Is Donald Trump unstoppable at this point? What do Ted Cruz and Marco Rubio, the only two other candidates seemingly still able to pull large poll numbers, have to do to make this more of a two- or three-person race?

A: Trump is certainly not inevitable, although he is looking much stronger than any analyst or political scientist predicted as of summer 2015. Right now, he has 81 delegates pledged (compared to 17 each for Cruz and Rubio, 6 for Kasich and 4 for Carson). He still has a good shot of winning the contests in Alabama, Georgia and Massachusetts, but the Oklahoma and Texas primaries are looking good for Cruz and Rubio is polling strongly in Virginia. There are a lot of delegates up in Texas that may keep Cruz and Rubio in the race at least until March 15, where there are more delegates at stake and two big winner-take-all contests—Florida with 99 delegates and Ohio with 66—and Illinois, Missouri and North Carolina with a combined 193 delegates.

If either Rubio or Cruz drop out (along with John Kasich and Ben Carson), then those voters would most likely consolidate around the non-Trump candidate. The trouble for the Republican party is that Rubio has more party endorsements and is the favored candidate of many within the Republican party, so he seems unlikely to drop out (at least until after Florida) and Ted Cruz is known to flout his own party on things like shutting down the government, so it’s not entirely clear what the party could offer him to drop out. So, this is a coordination problem.

Together, the rest of the field is stronger than Trump, but when the opposition to him is bifurcated, he can consolidate the delegates to ultimately get the 50 percent of the total delegates that he would need. In the case that he doesn’t accumulate 50 percent of the total, the party has more flexibility at the convention to decide to nominate someone other than Trump.

Q: What candidates do you expect might fall by the wayside if they don’t do well on Super Tuesday?

A: It’s hard to say how Kasich and Carson stay in the race after March. Kasich will most likely want to stay in through the contest in Ohio, but neither he nor Carson seem like they can compete nationally with the cash that they have on hand. (See OpenSecrets.org for information about how much money each candidate has raised.)

Kasich has a political career ahead of him, so it’s likely that you’ll see him drop out sooner rather than later. Carson is more of a wildcard since he’s not a politician and may not care about having a career in the Republican party in the long term.

Q: What should we look forward to in the next big contests?

A: In the next contests, if Clinton wins big, there will be work to bring Sanders’ voters into the coalition and make them feel like the Democratic party as a whole cares about their issues (i.e., income inequality, money in politics, etc). If Trump wins multiple contests, there will be some push from big Republican donors to consolidate around a single candidate and start running significant numbers of negative ads against Trump.