Faculty members in the School of Education were feeling a double pull: they needed time to write, and they wanted to unite toward a goal and get to know each other better. 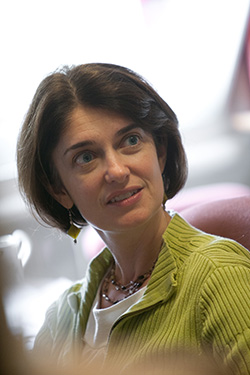 “When we sponsored an all-day writing retreat for untenured faculty this fall, they expressed interest in having more regular support for writing, as well as more opportunities to learn about each other’s work,” says Kelly Chandler Olcott, Meredith Professor and associate dean for research in the School of Education. “We have historically been a productive faculty, but there’s no denying that the demands of our discipline, including our field-based and clinical commitments, can make it challenging to write consistently.”

Chandler-Olcott’s response to the need for writing time was to create a writing challenge. School of Education faculty were invited to join an initiative in which they would set aside at least half an hour of uninterrupted writing time each day for a month. That month started Jan. 19 and ends Feb. 29. (That’s 30 days not counting weekends.)

A couple of things converged to make the idea click in her mind, Chandler-Olcott says. First was learning that November was National Novel Writing Month. Second was the school’s participation in the campus’s Walktober event. There was so much enthusiasm among School of Education faculty and staff members for Walktober that they needed to establish a second team to accommodate everyone. “People wanted to band together and set goals,” Chandler-Olcott says.

In interviews with faculty, Chandler-Olcott found that they struggled to find time for writing and scholarship. “When pressures mounted, they would make the choice to support others, and not put themselves first,” she says. One goal of the writing challenge is to change this emphasis and encourage faculty members to put themselves first for at least that half hour every day. 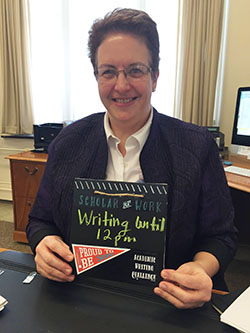 Twenty-five faculty members signed up for the challenge, including Dean Joanna Masingila, who says she has set a goal of completing two projects during the 30 days.

“My first goal is to complete revisions for a mathematics textbook on which I am an author and my second goal is to write up the analysis for some data that I’ve already collected,” she says. “The work is going well. I have almost completed the textbook revisions. I have blocked out time on my calendar for writing, and while I haven’t always been able to write for the full time I’ve allotted, I’ve been able to make up the missing time on other days of the week.”

Elisa Macedo Dekaney, who straddles the School of Education and the College of Visual and Performing Arts as the chair of the music education program, has been working on several projects. She has completed composing a three-part song for her Brazilian Ensemble, and is still gathering sources for a book of Brazilian folktales. The last project, which she needs to finish by March 1, is a study investigating the attitudes of pre-service music students in regard to race, gender and disability in the music classroom.

“I found that I could write a little most days between the time my sons got on the school bus and the time I had to be in my office,” Dekaney says. “On some days I could write for two hours in a row; on others, I could not write at all. However, over a week, I could see that I was productive because I had a goal in mind of 30 minutes.”

Another benefit of the challenge is the closed Facebook group created for the participants to share their successes and struggles. “I appreciate the community support through the closed Facebook group, and even when I haven’t achieved all that I wanted to on a particular day the support and encouragement from my colleagues is very helpful,” Masingila says. “It’s exciting to see people post about what they’ve accomplished in their writing, and also helpful to know when they are struggling, since we all struggle with writing sometimes.” 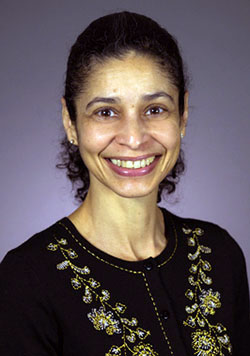 “Sometimes I would look at my colleagues’ posts and read that they wrote for several hours,” says Dekaney. “At first I would be sort of jealous, but then I would feel really happy that some had found a regular time in their schedules in which they were productive.”

Is 30 minutes of writing a day enough to make a difference? Chandler-Olcott says the point is for participants to become consistent about writing. “Even if they don’t have a long time to write, at least they’re getting some in. Hopefully they’ll be able to increase that over time.”

After the 30 days are over, Chandler-Olcott will evaluate the initiative to see whether there is enthusiasm for continuing it. “There will probably be people who will want to continue,” she says. “I could see it as a thing we do annually in January.”

Masingila believes the challenge has been a great idea. “I believe the momentum and community will carry on beyond the 30 days,” she says.

Adds Dekaney: “The writing challenge has been a great reminder that it is not always easy to find time to write, but setting the goal and working toward that goal are very important. I think the challenge should continue for that reason.”