The School of Education will welcome Michelle Fine, distinguished professor at the City University of New York (CUNY) Graduate Center to give a public lecture on Thursday, Feb. 18, at 4 p.m. in Watson Hall Theater. Her presentation, titled “Prec(ar)ious Knowledge: Adolescent Wisdom Borne in Neoliberal Blues: An Essay Written While Dancing On Sari’s Generous Shoulders,” is being given in memory of School of Education professor emerita Sari Knopp Biklen. The event is free and open to the public.

Watson Hall Theater is located on the Syracuse University Campus at 316 Waverly Avenue (next to Light Works Gallery). Parking is free and available in the University Avenue Garage. CART open captioning will be provided. 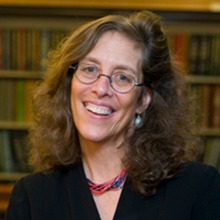 Fine is a distinguished professor of critical psychology, women’s studies, American studies and urban education. She is a university teacher, educational activist and researcher who works on social justice projects with youth, women and men in prison, educators and social movements on the ground. Her recent publications include: “The Changing Landscape of Public Education” (2013), with Michael Fabricant; “Charter Schools and the Corporate Makeover of Public Education” (2012), with Fabricant; “Revolutionizing Education: Youth Participatory Action Research in Motion” (2008), with Julio Cammarota; and “Muslim-American Youth” (2008), with Selcuk Sirin.

“I am honored to speak about the legacy and the challenge that we inherit from the gifted intellect and generous soul of Sari Biklen,” says Fine.

Biklen passed away in September 2014 at the age of 68. In May 2014, she retired from the University after 38 years of service, where she was the Laura and Douglas Meredith Professor for Teaching Excellence in Cultural Foundations of Education. She was a specialist in popular culture, qualitative research methods and youth culture. She was a dedicated teacher and scholar, earning numerous prestigious awards. She tirelessly served the university in various capacities, and was a beloved mentor and friend to many students and faculty. She is remembered as an indomitable organizer, feminist and social justice activist. Above all, she is remembered for her warmth, her passion for hosting friends and family, and her enthusiasm for life. 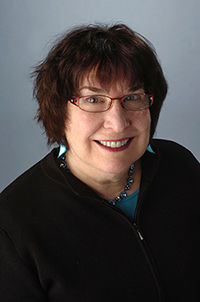 The lecture event is part of the School of Education’s renowned Douglas P. Biklen Landscape of Urban Education Lecture Series. The school has hosted the series since 2005, and has committed each event to the presentation of current ideas and strategies for navigating urban education terrain in the United States. Sari Biklen chaired the lecture series in its inaugural years, and it was named for Dean Emeritus Douglas Biklen on the occasion of his retirement in 2014.

Support for this lecture was also made possible by the Harry S. and Elva K. Ganders Memorial Fund. For nearly two decades, the Ganders Lecture Series has celebrated the legacy of Harry S. Ganders, the first dean of the School of Education. Gander’s tenure as dean (1930-1952) is characterized as one of transition, growth and innovation and saw the creation of an all-University structure for the School of Education. The lecture series was established by the Ganders’ daughters in memory of their parents, and is generously supported by alumni and other contributions.