Poet Roger Reeves will be the first writer to give a reading in the spring 2016 lineup of the Raymond Carver Reading Series on Wednesday, Feb. 17. 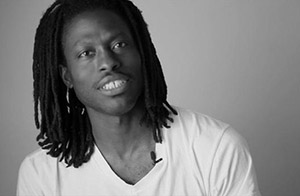 Reeves’ first book, “King Me,” was published by Copper Canyon Press in 2013. He has been named a Cave Canem and NEA fellow and is the recipient of a Ruth Lilly Fellowship and Whiting Award. He is currently an assistant professor of poetry at the University of Illinois at Chicago.

The Los Angeles Review of Books said of his writing, “A sophisticated and breathtaking writer, Reeves takes the reader on a harrowing journey: each poem comes packed with arresting imagery, relentless in its examination of how tragedy and trauma become internalized—cleaning out the wounds to understand the pain.”