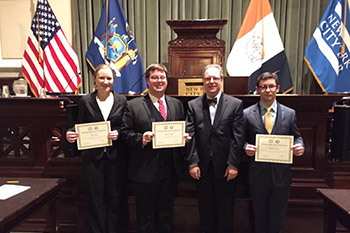 Earlier, the team advanced to nationals from the regional competition in Boston, where the team won best brief, the best advocate trophy and the Lewis Powell Medal for Excellence in Advocacy.