Are Public Attitudes Toward Football Changing?

Are public attitudes toward football changing? 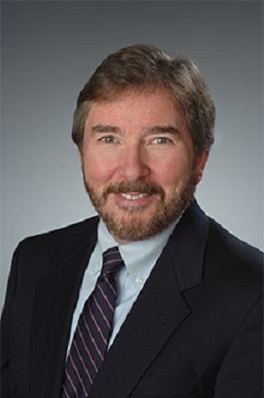 “Every December the Harris Poll asks Americans, ‘What is your favorite sport?’ The results of the December 2015 poll, which were just released this week, show that NFL football is still the favorite sport in this country by a wide margin: 33 percent of those polled say pro football is their favorite sport compared with 15 percent for baseball and 10 percent for college football. Every other sport is in the single digits. I have tracked this result annually for my classes at Syracuse, and the football percentage is up by one point from 2014, and has held steady in the range of 30-35 percent since 2004. Thirty years ago in 1985, only 24 percent of Americans selected pro football as their favorite sport compared to 23 percent for Major League Baseball in that year. From that one percentage point margin 30 years ago, now the NFL has a better than two-to-one edge on baseball despite all the revelations regarding the long-term impact of football on players’ health, domestic abuse accusations and convictions, and other criticisms of the sport that have arisen.

“Another statistic that I track is high school participation in football, because the choice of activities reflects the attitudes of parents and young Americans and their level of concern for the safety of each activity. The National Federation of High School Associations each year compiles data on the number of boys and girls who participate in every high school sport. In the 2014-15 school year, the most recent year for which numbers are available, 1,112,555 boys played high school football in the United States. That includes all levels of tackle football: 11-man, 9-man, 8-man and 6-man. Schools with smaller enrollments field teams with fewer players.

“That total is down from the 2013-14 school year by approximately 9,500 players, but the year before that, in 2012-13, the number of boys playing high school football was 1,115,208, almost identical to the number of players in 2014-15. There has been no marked drop in either the number of football players or the number of high schools (over 15,000) that field boys’ teams, which would seem to indicate that the attitudes of parents and their high school age boys have not changed.

“The NFL and USA Football, which gets its support from the NFL, have actively been promoting safer ways to play the sport with their ‘Heads Up Football’ programs. It would appear that these are succeeding to a certain degree in convincing Americans that there are ways to play football more safely. And the rules and equipment changes that have been implemented by the NFL to increase player safety are also having an impact.

“This semester I have screened several hours of video from professional football games played in the 1960s. The level of violence then was frightening. With defenders like Fred ‘The Hammer’ Williamson attacking the heads and necks of ball carriers, it is remarkable to me that no one was decapitated. The point is that the entertainment product that the NFL now fields is less violent and as such is seen as palatable and acceptable by the majority of Americans. That does not mean that football does not continue to cause long-term damage to the health of many players. But the opinion polls and participation data would seem to indicate that we believe the percentage of players who are seriously affected is still a small minority of all the players who play the game at every level.

“If new studies emerge in coming years that show what we thought was a small minority is instead actually a majority, or a significantly larger percentage of young men permanently injured by playing football, then opinions and participation may begin to change dramatically.”

Deninger is an Emmy-award winning television production executive and innovative educator who has produced live sports television from six continents and across the United States. He is a professor of practice and was named Falk College Faculty Member of the Year for Excellence in Teaching in 2014. He was the founding director of the sports communications graduate program at Newhouse and has created several new graduate and undergraduate level courses at Syracuse, his alma mater.

Deninger is the author of “Sports on Television: The How and Why Behind What You See,” published by Routledge Taylor and Francis of New York and London. He spent 25 years at ESPN leading production teams for studio programming, live remote events and digital video platforms.