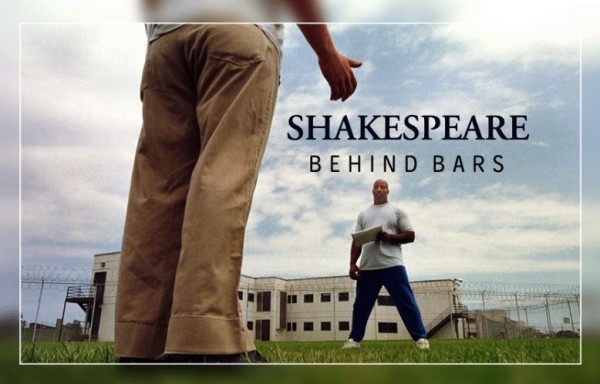 All events are open to the public and take place Feb. 5-7 at Grace Episcopal Church, 819 Madison St., just a few blocks from the Syracuse University campus.

Since the 1960s, programs across the country, and internationally, have demonstrated the powerful effects that exposure to art and theater-making can have on incarcerated men and women, helping them to develop the critical skills and capacities to live satisfying and meaningful lives both inside and outside of prison.

Imagining America Associate Director, Kevin Bott, who invited Magill and Tofteland to Syracuse, has shown their films in his community-based theater class at SU Drama.

“I think this weekend will be an excellent opportunity for the SU community to experience the unique ways that art can help to bridge difference and to confront some of our toughest social challenges, including mass incarceration,” Bott says.

On Friday night, Feb. 5, at 7 p.m., students, faculty and other community members are invited to reflect on themes of betrayal, forgiveness and redemption during the screening of the 2005 documentary, “Shakespeare Behind Bars.” Shot in and around Luther Luckett Maximum Security Prison, viewers will embark on a yearlong journey with the Shakespeare Behind Bars theatre troupe. Led by director Tofteland, whose innovative theater work with Luther Luckett inmates began in the mid-1990s, the prisoners cast themselves in roles reflecting their personal history and fate. Their individual stories are interwoven with the plot of The Tempest as the inmates delve deeply into the characters they portray while confronting their personal demons.

On Saturday night at 6 p.m., Imagining America will screen the award-winning 2007 documentary, “Mickey B,” focusing on an adaptation of Macbeth, directed by Magill, set in the fictional Burnam Prison. This film tells the story of one prisoner’s quest for power through violence, betrayal and murder—and the death and insanity that results. The film was shot in the Northern Ireland maximum-security prison, HMP Maghaberry, and features 42 characters played by prisoners and prison staff. The Saturday screening will be followed by an audience talkback with Tofteland and Magill.

Both film screenings are open to the public with a $5 suggested donation at the door.

On Saturday and Sunday, Tofteland and Magill will lead a series of three community arts workshops, open to both aspiring and experienced community workers. Through exercises and talks developed over their combined six decades of grassroots theater experience, Magill and Tofteland will share their knowledge about the theory, practice, and ethics of community arts engagements. The intensive runs Saturday, Feb. 6., 10 a.m. – 5 p.m. and Sunday, Feb. 7, 10 a.m. – 1 p.m.

Participation in the community arts intensive is $50, which includes all weekend workshops, both films, and dinner on Saturday. Pre-registration for the intensive is required as space is limited. For more information or to register, contact Heather Ryerson at 443-8590, or hryerso@syr.edu.

Hosted by Syracuse University, Imagining America is a national consortium of more than 100 campuses committed to animating and strengthening the public and civic purposes of humanities, arts, and design through mutually beneficial campus-community partnerships that advance democratic scholarship and practice.