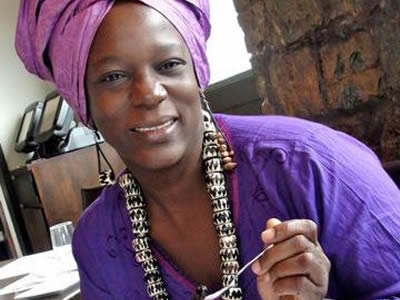 The Humanities Center in the College of Arts and Sciences continues its spring schedule with a screening of “Earth, Water, Woman,” a 2013 documentary about community and sustainability in Trinidad and Tobago in the West Indies.

The screening is Saturday, Feb. 6, at 1 p.m. at the Community Folk Art Center (CFAC), and is part of CFAC’s annual Caribbean Cinematic Festival, running Feb. 4-7. The screening is free and open to the public. For more information, visit syracusehumanities.org.

An academic partner of the Department of African American Studies in A&S, CFAC is located at 805 East Genesee St. in Syracuse.

“‘Earth, Water, Women’ tells the inspiring story of a small agro-forestry community that has become an exemplar of grassroots conservation,” says Vivian May, director of the Humanities Center and associate professor of women’s and gender studies. “Described as a micro solution to a macro problem, the film examines the growing importance of conservation and watershed management efforts. It also sheds light on the geo-politics of water and climate change, the environment, and the green economy.”

The 22-minute documentary spotlights the Fondes Amandes Community Reforestation Project (FACRP) in Trinidad and Tobago. Three decades ago, a Rastafarian women named Akilah Jaramogi and her husband, Tacuma, settled in a small, desolate village called Fondes Amandes. There, they started a family and went about reforesting some 150 acres, transforming the once barren hillside into a vibrant, healthy ecosystem.

Since Tacuma’s death, Jaramogi has used FACRP to train locals to serve as stewards of the forests and waters, and, in the process, they have planted more than 60,000 seedlings. The area is regularly visited by international dignitaries, and Jaramogi has been heralded as the Wangari Maathai H’13 of Trinidad and Tobago. (The late Maathai was a world-renowned environmental justice advocate.)

“Despite encroaching development and political corruption, FACRP remains a model for students, educators, NGOs and communities worldwide,” May adds. “Water is the fundamental source of life, flowing between and connecting us all. Understanding and supporting such pro-environmental efforts is of critical importance to people everywhere, not just in the Caribbean.”

“Earth, Water, Women” was produced and directed by Sarah Feinbloom. The film has appeared in more than a dozen festivals around the world, and has won praise from critics and audiences alike.

A complete schedule is available at cfac.syr.edu.

The Humanities Center is a hub for research, fellowships and public programming. Based in the historic Tolley Humanities Building, the center cultivates diverse forms of academic and public scholarship, sponsors a range of dynamic programming and partnerships, highlights the humanities as a public good, and underscores the relevance of the humanities in addressing enduring questions and pressing social issues.