Syracuse Stage has announced that producing artistic director Timothy Bond has been appointed full professor at the University of Washington’s School of Drama in Seattle.

Bond announced last May that the current Syracuse Stage season, 2015-16, would be his last with the company, where he has served since 2007. 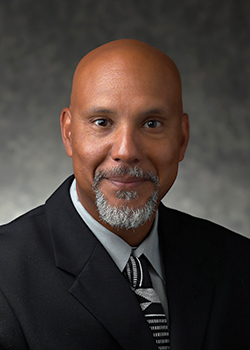 “I am thrilled about returning to my artistic birthplace in Seattle and honored to join the distinguished faculty at the University of Washington School of Drama. I look forward to sharing my passion for social activism and inclusive theaterwith the next generation of artistic leaders and global citizens,” Bond says.

As a full professor at the University of Washington, Bond will teach acting and directing on the undergraduate and graduate levels in the School of Drama beginning in the fall of 2016.  Bond received his M.F.A. in directing from the university in 1983 and began his professional career in Seattle at the Group Theatre.

“This is big and wonderful news for the School of Drama,” says Todd London, the school’s executive director. “It represents a real homecoming—to Seattle and the University of Washington—for a major American artist and educator.”

Bond says he will also continue his artistic work by pursuing freelance directing opportunities. In addition to his work at Syracuse Stage, Bond has directed at numerous theaters, including the Oregon Shakespeare Festival, where he was an associate artistic director for 11 years; and the Seattle Group Theatre, where he served for 13 years, including five years as artistic director. In a theater career spanning nearly 30 years, Bond’s credits also include productions at Seattle Repertory Theatre, Actors Theatre of Louisville, The Guthrie and Arena Stage, among others.

Among the many highlights of Bond’s tenure at Syracuse Stage was the company’s first international transfer. In 2012, Bond directed Tarell Alvin McCraney’s “The Brothers Size.” Following the play’s run in Syracuse, the production transferred to the Baxter Theatre in Cape Town, South Africa, and from there to the famed Market Theatre in Johannesburg.  Three years later, Stage presented The Market Theatre’s production of “Sizwe Banzi is Dead,” directed by Tony Award-winner and internationally acclaimed theater artist John Kani.

Bond also brought internationally renowned artist and National Medal of Arts recipient Ping Chong to Syracuse Stage. In 2008, Chong created “Tales from the Salt City,” based on the lives of seven Central New Yorkers. In 2012, Chong returned for “Cry for Peace: Voices from the Congo,” a play co-written with Syracuse Stage dramaturg Kyle Bass and based on the experiences of members of Syracuse’s Congolese community.

As a director, Bond also made an impact with his own productions, including five plays from August Wilson’s Century Cycle: “Ma Rainey’s Black Bottom,” “Fences,” “Radio Golf,” “Two Trains Running” and “The Piano Lesson.” Other notable productions were “The Diary of Anne Frank,” “The Price,” “No Child ….” “The Boys Next Door,” “The Whipping Man” and “Other Desert Cities.”  Bond closes out his tenure at Syracuse Stage with the upcoming “To Kill a Mockingbird” and “The Christians.”