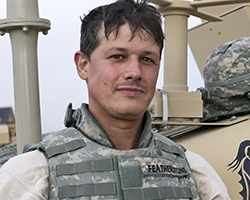 The Syracuse Society of Professional Journalists, in conjunction with the Newhouse Magazine Department, is hosting magazine freelancer Steve Featherstone ’90, G’96 on Wednesday, Feb. 3, 6-7 p.m. in the I-3 Center. Featherstone will talk about his July 2015 New York Times Magazine story, “Spike Nation,” an in-depth look at the synthetic marijuana crisis that’s happening right in the city of Syracuse. He will also discuss what it is like to freelance stories for magazines and other publications. The moderated conversation will be followed by an audience Q&A and is open to the public.

In addition to NYT Magazine, Featherstone has also written for Popular Science, Harper’s Magazine, Slate, Bloomberg Businessweek and other print and online publications. He graduated from the Newhouse School in 1990 and received his M.F.A. in fiction from Syracuse University in 1996.