In commemoration of the 400th anniversary of William Shakespeare’s death, the Department of Art & Music Histories (AMH) in the College of Arts and Sciences is playing host to a world-renowned musicologist. 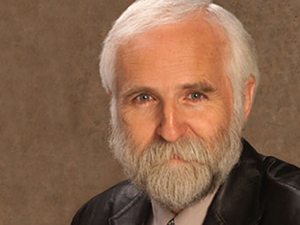 Ross Duffin, the host and producer of “Micrologus: Exploring the World of Early Music,” which aired on National Public Radio from 1981-1998, is spending two weeks in AMH as the William Fleming Distinguished Visiting Professor in the Humanities.

His residency will culminate with AMH’s Doris Lecture, titled “Reconstructing Shakespeare’s Songbook” on Thursday, Feb. 4, at 5 p.m. in the Peter Graham Scholarly Commons, room 114 Bird Library. The event is free and open to the public, and is followed by a reception.

Duffin will also participate in a mini-seminar for faculty and graduate students titled “Music and the Stage in the Time of Shakespeare” on Friday, Feb. 12, from 9 a.m. to noon in room 309 Bowne Hall. Reservations are required. To RSVP, contact Amanda Eubanks Winker at awinkler@syr.edu by Feb. 7.

Duffin is based at Case Western Reserve University in Cleveland, where he serves as the Fynette H. Kulas Professor of Music and head of historical performance practice. A scholar of 13th- to 18th-century music, he spent nearly a decade working on the award-winning “Shakespeare’s Songbook” (W.W. Norton & Co., 2004), featuring more than 150 Shakespearean-inspired ballads, narratives, drinking and love songs. Duffin painstakingly scoured hundreds of rare manuscripts and books to re-discover the lyrics and melodies that the Bard wove into his plays. 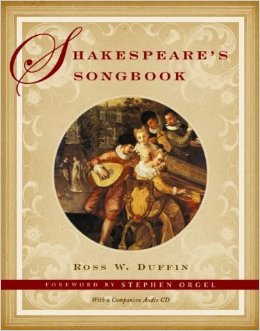 Duffin’s visit coincides with a yearlong celebration of Shakespeare’s legacy, marked by events and celebrations around the world.

“Ross Duffin is virtually synonymous with music and Shakespeare,” says Winkler, associate professor of music history and cultures. “He will draw heavily on his landmark book, which is a wonderful resource and starting point for anyone interested in the musical references in Shakespeare’s plays or wanting to use period music for actual productions. No doubt that his visit will change how we think about and teach Shakespeare.”