Seth Gitner, an associate professor of newspaper and online journalism in the Newhouse School, was elected to a two-year term as national secretary of the National Press Photographer’s Association (NPPA). He was sworn in at NPPA’s board of directors meeting Jan. 24 at the Grady College of Journalism and Mass Communication at the University of Georgia in Athens. 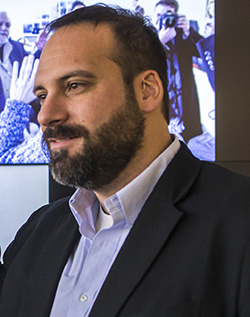 Gitner is co-director of the NPPA’s Multimedia Immersion Workshop, held each May at Syracuse University, for which he was offered a life membership in NPPA. He has also been honored with NPPA’s Joseph Costa Award, President’s Award and Robert F. Garland Educator Award, and his multimedia work has been recognized by NPPA’s Best of Photojournalism contest and Pictures of the Year International. He writes a monthly column on multimedia storytelling for the association’s magazine, News Photographer.

He was previously the multimedia editor at The Roanoke Times and Roanoke.com, and also served as a staff photojournalist there for four years.

Gitner is the author of “Multimedia Storytelling for Digital Communicators in a Multiplatform World.”