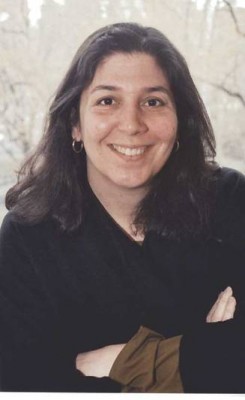 The study, published Jan. 19 in the online issue of JAMA Pediatrics, was conducted by researchers at the Center for Policy Research at Syracuse University’s Maxwell School of Citizenship and Public Affairs, NYU Langone Medical Center and New York University’s Institute for Education and Social Policy.

The research team reports on analysis of more than 1 million students in 1,227 elementary and middle schools across the city. The paper, which compares students in schools with and without the water dispensers, called “water jets,” is the first to establish a link between the program and weight loss.

“Decreasing the amount of caloric beverages consumed and simultaneously increasing water consumption is important to promote children’s health and decrease the prevalence of childhood obesity,” says principal investigator Amy Ellen Schwartz, Daniel Patrick Moynihan Chair in Public Affairs at the Maxwell School and director of the NYU Institute for Education and Social Policy. “Schools are a natural setting for such interventions.”

In 2009, New York City’s Department of Health and Mental Hygiene and Department of Education began introducing water jets—large, clear electronically powered jugs with a push lever for dispensing water—into schools. Each water jet costs about $1,000. About 40 percent of schools received a water jet over the course of the study period: the academic school years 2008-9 through 2012-13.

Using height and weight data collected annually by schools to assess the fitness level of students, the investigators compared BMI and overweight status for all students before and after the introduction of water jets. Their results showed positive change: Students at schools that had water jets for at least three months saw a reduction in standardized body mass index (zBMI) of .025 for boys and .022 for girls, compared to students at schools without water jets. Adoption of water jets also was associated with a .9 percentage point reduction in the likelihood of being overweight for boys and a .6 percentage point reduction for girls.

The authors conclude that easy access to water during lunch may lead kids to substitute it for caloric beverages like chocolate milk, juice and soda. (NOTE: New York City public schools stopped allowing the sale of sugar-sweetened beverages before the study period, but students can still bring them from outside).

“This study demonstrates that doing something as simple as providing free and readily available water to students may have positive impacts on their overall health, particularly weight management,” says study senior investigator Brian Elbel, an associate professor in the Department of Population Health at NYU Langone and NYU Wagner Graduate School of Public Service. “Our findings suggest that this relatively low-cost intervention is, in fact, working.”

A 2015 study published in the American Journal of Public Health by Elbel and other colleagues found that water consumption increased three-fold just three months after schools introduced water jets. In addition, between the 2008-2013 academic years, milk purchases dropped at water jet schools by about 12 half-pint cartons per student per year, the new study found.

Just under 40 percent of children are overweight or obese in New York City. In addition to installing water jets in schools, the city has enacted policies to combat obesity and support child health including improving nutrition standards, expanding fruit and vegetable offerings, removing soda from vending machines and replacing whole milk with low-fat milk.

Funding for the study was provided by the Eunice Kennedy Shriver National Institute of Child Health and Human Development.