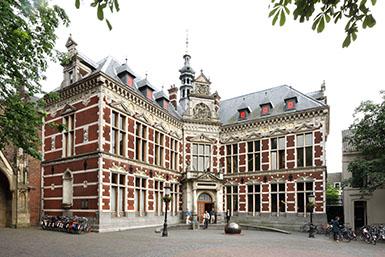 The first initiative involves the Centre for the Humanities at Utrecht University (UU) in the Netherlands, which has been designated as PPP’s permanent home. UU will house not only PPP’s administrative offices, but also its archives, including personal and professional papers, as well as audio and visual materials. The move coincides with UU’s launch of a newly updated PPP website.

The second initiative concerns the publication of “Kant for Kids” (UU, 2015), an e-book written and designed by UU students that deals with Immanuel Kant’s landmark essay, “Perpetual Peace: A Philosophical Sketch,” on which the goals of PPP are based. Published in Dutch, the book will be translated into English later this year.

Gregg Lambert, Dean’s Professor of the Humanities in the College of Arts and Sciences, co-founded PPP in 2008 with Aaron Levy, executive director of the Slought Foundation, and Martin Rauchbauer, a former Austrian diplomat who now runs New York University’s Deutsche Haus.

“We’re writing a new chapter in the life of the Perpetual Peace Project,” says Lambert, who also directs the Mellon-funded Central New York Humanities Corridor. “Utrecht University has long served as the spiritual home of PPP, sponsoring an array of events and projects that has involved Syracuse faculty. Now that we are permanently based there, we can leverage our presence in ways that previously weren’t possible.”

Along with Syracuse, UU and the Slought Foundation, PPP partners with various organizations and institutions around the globe, including the European Union National Institutes of Culture, the United Nations University, the International Peace Institute and the Treaty of Utrecht Chair professorship.

Currently, PPP is in the third and final phase of a nine-year production cycle, yielding an array of feature films, publications, and exhibitions propounding Kant’s pacifist ideologies. They include “Kant for Kids,” published last month, and “Histories of Violence,” a two-year ongoing project, directed by Brad Evans, a senior lecturer in international relations at the University of Bristol (U.K.), looking into the theoretical, aesthetic and empirical dimensions of mass violence. 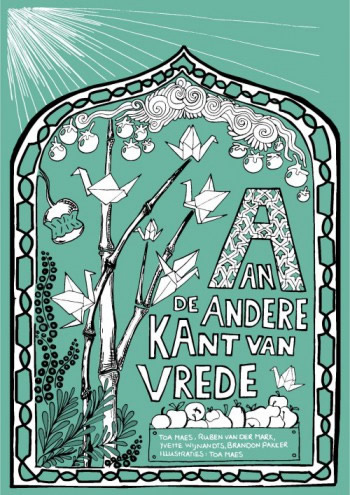 “’Kant for Kids’ translates the concept of perpetual peace into a terminology that’s accessible and understandable to children,” says Lambert, who advised the creation of the book with several UU professors, including Rosi Braidotti, director of the Centre for the Humanities and a longtime PPP collaborator.

He says most of the work was done over a two-year period at UU by four graduate students and a team of interns. Brandon Pakker, then a master’s student of philosophy, came up with the concept as a way to contemporize the six “Preliminary Articles” in Kant’s famous 1795 essay.

“The students didn’t just translate Kant’s text; they placed it within a contemporary political, social and economic framework,” says Lambert, who regards Kant’s articles as “action steps for peace.” “The result is a book that stands on its own or may be incorporated into a classroom lesson on philosophy or politics.”

Begun in 2008, PPP didn’t catch fire until 2010 with Syracuse SymposiumTM, whose theme that year was “Conflict: Peace and War.” Then the founding director of the Syracuse University Humanities Center (which sponsors Syracuse Symposium), Lambert began organizing various PPP events along the East Coast, including a documentary film and an art exhibition, as well as myriad workshops, seminars and symposia. A high-water mark was the Dali Lama’s visit to Syracuse in 2012. Lambert—and, by extension, PPP—made national headlines by introducing the Dalai Lama at a public forum and orchestrating some of the related programming.

PPP has since increased its global footprint, thanks in part to Lambert’s moxie. During a visiting professorship at UU in 2013, he participated in the 300th anniversary of the Treaty of Utrecht, a series of accords that led to the rise of the British Empire. As part of the observance, he commissioned a collection of PPP films and essays, whose contributors included two Syracuse icons: William C. Banks, professor and interim dean of the College of Law, as well as founding director of the Institute for National Security and Counterterrorism; and Louis Kriesberg, professor emeritus of sociology, Maxwell Professor Emeritus of Social Conflict Studies and founding director of the Program on the Analysis and Resolution of Conflicts.

Author of the aptly titled “Realizing Peace: A Constructive Conflict Approach” (Oxford University Press, 2015), Kriesberg was asked to comment on Kant’s Third Article, which argues for the abolition of standing armies. Thus, Kriesberg considers how conflicts may be conducted without recourse to mass violence. 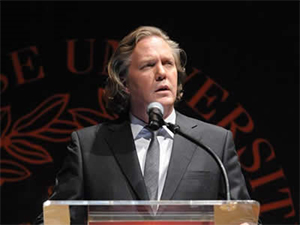 “This includes a reliance on strategic nonviolent actions, interventions by international organizations in the form of peacekeeping forces, applications of mediation at various levels and amelioration of conflict-generating conditions,” he says, adding that perhaps, someday, individual standing armies will be replaced by a global peacekeeping force, evolving out of the United Nations’ operations.

Banks is equally persuasive in his essay, which takes on the legalities of warfare, as outlined in Kant’s Sixth Article. Although foundational treaties and international agreements have remained substantially unchanged over the past decade, Banks says that the laws of armed conflict have evolved through other means.

“Many states have enacted new laws or have reformed existing rules to better anticipate asymmetric warfare waged by non-state actors,” says Banks, an expert in national security law. “State militaries have also revised operational law—the legal advice given by military lawyers to commanders in operational environments. The new actors have significantly stressed the conventional LOAC/IHL [Law of Armed Conflict/International Humanitarian Law] regime because the rules were written for state militaries, and only a little attention was paid to nontraditional fighters.”

Lambert has overseen other PPP projects, including a series of discussions with leaders in North and South Korea and a weeklong “Eat Together for Peace” initiative at Syracuse.

“In wake of recent tragedies in Paris, Beirut and San Bernardino, initiatives such as PPP help define the concept of world peace,” he says. “By inviting critical reflections from theorists and practitioners, we’re rethinking the ideas of global citizenship, while breaking down boundaries—civil, military and otherwise.”