Frederick Beiser, professor of philosophy in the College of Arts and Sciences, has won the 2015 Journal of the History of Philosophy (The Johns Hopkins University Press) Book Prize. 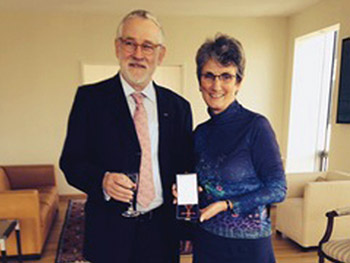 The prize, which includes a $5,000 award, is in recognition of his book “The Genesis of Neo-Kantianism, 1796-1880″ (University of Oxford Press, 2015). The 600-page tome examines the historical and intellectual contexts of one of history’s most important philosophical movements, with emphasis on the contributions of its oft-neglected founders: Jakob Friedrich Fries, Johann Friedrich Herbart and Friedrich Beneke.

Beiser says the award caught him off guard.

“Aside from a flattering review in the British Journal for the History of Philosophy, the book hasn’t received much attention,” says Beiser, whose areas of specialization include the history of German philosophy and the English Enlightenment. “Then again, I don’t expect many reviews, because it [the subject matter] is not something many people can write about.”

In addition to the prestige factor (past recipients include such luminaries as Cambridge’s Michael Moriarty and UChicago’s Josef Stern), the award is noteworthy for the fact it does not involve a formal submission process. All books on the subject of philosophy, in any given year, are potential finalists for the JHP Book Prize. Hence, Beiser had no idea that his book was in the running. 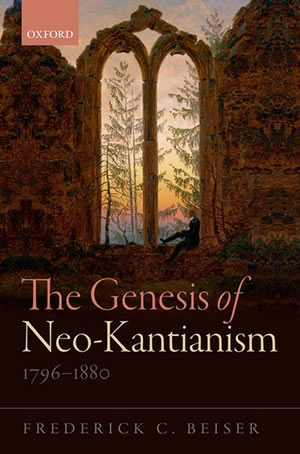 Ben Bradley, the Allan and Anita Sutton Professor of Philosophy, as well as the departmental chair, considers Beiser one of the world’s leading historians of 18th- and 19th-century German philosophy. “I am fortunate to have him as a colleague at Syracuse,” he says. “Moreover, we’re delighted that he has won this prestigious prize. It’s well deserved, and speaks volumes about his philosophical and scholarly mettle.”

It has been a landmark year for Beiser, who recently received the Cross of the Order of Merit at a special ceremony in New York City. The award, which recognizes his lifelong dedication to engaging American students in the study of German philosophy, is the highest honor that Germany can confer on a non-German citizen.

Prior to joining the Arts and Sciences faculty in 2001, Beiser taught more than a decade at Indiana University Bloomington, and held various positions at Harvard, Yale and the University of Pennsylvania. He earned a Ph.D. in philosophy from Oxford University.

His current research involves the rise of German anti-Semitism and the ensuing controversy over Jewish emancipation at the end of the 19th century.

Culminating a seven-year partnership with the Smithsonian Institution’s National Museum of American History and organizations across the country, La Casita Cultural Center announces the July 9 virtual opening event for the new exhibition “Pleibol! In the Barrios and the Big…

Sascha Scott, associate professor and director of art history graduate studies, is a recipient of the Smithsonian American Art Museum’s prestigious Patricia and Phillip Frost Essay Award for her article “Georgia O’Keeffe’s Hawai’i? Decolonizing the History of American Modernism,” which appeared in…

Urban Video Project (UVP) is pleased to announce “UVP Summer Review 2021: Inflection Points,” featuring pieces from the 2020-21 programming year, which takes its title from a mathematical term that describes the point in a curve at which a change…

Syracuse Stage has announced plans to resume live and in-person performance in the 2021/2022 season. Starting in October, the theater will present a six-show subscription season and offer a full schedule of educational, family and community-related programming, including the continuation of…