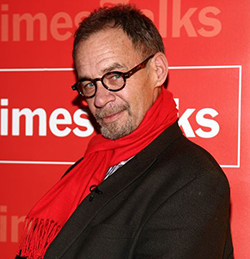 Carr was honored posthumously at Newhouse’s Mirror Awards this past June in New York City for his impact, innovation, and influence in the field of journalism. For the past 25 years, Carr wrote about media as it intersects with business, culture and government. Carr was also the author of the memoir “The Night of the Gun.”

The documentary is a production of the University’s Electronic Media Communications.