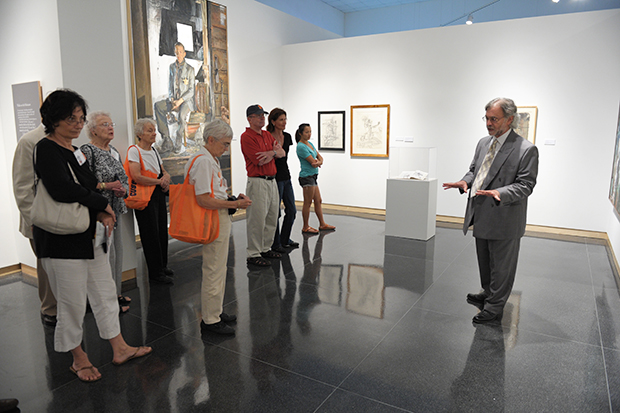 Edward Aiken, director of the museum studies program in the College of Visual and Performing Arts, teaches students.

In response to the growing economic importance of arts and culture, the University is reaffirming its commitment to the study and teaching of creative industries management.

The announcement comes on the heels of recent federal reports, which find that the creative industries (e.g., architecture, film, television, music, dance, theater, fashion and the visual arts) account for nearly four percent of all U.S. businesses and two percent of all U.S. employees.

The University is home to four such programs that are highly interdisciplinary and lead to a master’s degree: the Janklow Arts Leadership Program, the Goldring Arts Journalism Program, the Audio Arts Program and the Graduate Program in Museum Studies. 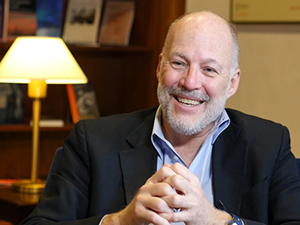 “The rise of these programs, in the past decade, has coincided with an increased understanding of the importance of the creative and cultural economy,” says Mark Nerenhausen, professor of practice and founding director of the Janklow Program, which is based in the College of Arts and Sciences. “Study after study reaffirms what many of us in academia already know—that arts and cultural organizations are economic engines, creating jobs, generating government revenue and driving cultural tourism.”

Nerenhausen says that, while there has been a virtual explosion of arts training programs across the country, Syracuse’s are known for their adherence to both nonprofit and for-profit training. For instance, the Janklow Program operates at the nexus of social entrepreneurship and arts management. As such, it prepares students for careers in not only live and performing arts, but also various allied fields, including health care, urban planning and tourism.

“The Janklow Program has alumni working for museums and symphony orchestras, as well as charitable organizations and PR firms,” Nerenhausen adds. “This is indicative of our four programs’ holistic approach to education. Tomorrow’s leaders need to be Renaissance thinkers, and it’s our job to teach them to be creative and nimble.”

In addition to an M.A. in arts leadership, Janklow students may earn a joint degree in art history or a certificate of advanced study in arts leadership. Students also do field work in New York City and South Florida, and may participate in a new competitive fellowship program, involving the Seattle Art Museum, Florida Grand Opera and the Redhouse Arts Center in Syracuse.

Flexibility and choice permeate the other programs, too.

The Goldring Program, based in the S.I. Newhouse School of Public Communications, has written the book, so to speak, on arts coverage. The first M.A. program of its kind at an accredited communications school, Goldring offers specialization in film, music, the visual arts, theater, television, dance, architecture, popular culture or fashion. Highlights include a capstone project in Charleston, S.C., where students cover Spoleto Festival USA for the city’s Pulitzer Prize-winning newspaper.

As a result, the Goldring Program has turned out reporters and editors at The New York Times, New York Magazine, National Public Radio, The Guardian (U.K.) and MTV News. 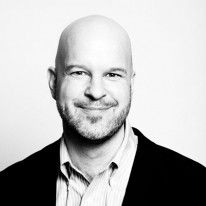 “Put simply, we are here to find people who are passionate about the arts and help them think harder, write better and get hired,” says Eric Grode ’93, the program’s director, who also is a freelance theater critic and reporter for The New York Times.

Newhouse is also a partner in the Audio Arts Program, which is based in the College of Visual and Performing Arts (SU:VPA). Working at the intersection of music and media, Audio Arts students choose to focus on audio recording, the music business, radio horizons or music video. The experience is augmented by networking and learning opportunities in New York City or Los Angeles.

Some see audio arts as a natural evolution of the Bandier Program, a successful, multidisciplinary undergraduate program in SU:VPA that includes an understanding of the business of music, media, marketing and entrepreneurship.

“The Audio Arts Program combines practical training with theoretical study,” says Rezak, who also directs the Bandier Program. “Whether you’re interested in working for a studio or for a traditional or an emerging radio platform, this 14-month program provides students with an up-close look at the world of audio and the business of music.”

Rezak is also a member of New York is Music, committed to advancing the importance of music in economic development, culture and education. Last year, he worked with the coalition to help secure a tax credit for music production throughout New York State. 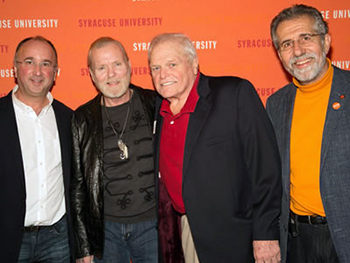 “It’s important for our students to understand the economic impact of what we do,” Rezak adds. “Advocacy at the federal, state and local levels is needed to support and grow the music industry.”

Such field-based learning is de rigueur for museum studies. Based in SU:VPA’s School of Design, this versatile M.A. program combines hands-on training and research with scholarship and design. Students train not only close to home—in settings such as the Syracuse University Art Galleries and the Special Collections Research Center, but also in museums, galleries and artist studios around the world.

The National Gallery of Art, the National Museum of the American Indian and the Morgan Library & Museum are a few of the many places that employ museum studies alumni.

“We shape our students to be resilient, adaptable and competent working professionals,” says program director Edward Aiken, who also is an associate professor of design and a senior curator of SUArt Galleries. “At the center of the program is the belief that the museum professional serves as the liaison between the viewing public and the museum object.”

Adds Nerenhausen: “All four programs, individually and collectively, are placing Syracuse University at the forefront of creative industries management and training. It’s a reflection of the growing importance of the field and the University’s commitment to cultural leadership.”