AMH Professor Teams Up with Oberlin Ethnomusicologist on Scholarly Article

In their recent article, “Collaborative Fieldwork, Stance, and Ethnography,” Deborah Justice, a postdoctoral fellow in the Department of Art and Music Histories in the College of Arts and Sciences, and Fredara Hadley, visiting assistant professor in ethnomusicology at Oberlin College & Conservatory, explore the rich benefits of performing research with social scientists of different backgrounds. Through their study, they found that diverse perspectives can often lead to deeper inquiry and understanding. 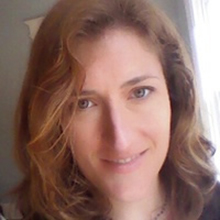 “When I was doing my dissertation fieldwork down in Nashville, the white church I was studying was taking part in a congregational exchange with a black church. Because each of us come from those respective backgrounds, I knew that Fredara would enjoy studying the experience, and I also knew that the two of us working together would result in stronger ethnographic fieldwork than either of us would be able to create alone,” says Justice.

The reason, she says, is sometimes we are just too close to our own stance to examine it objectively.

“Fredara would be picking up on aspects of the white Presbyterian experience that are so familiar to me that I don’t notice that I am experiencing them, and vice versa regarding my asking her about the music and culture of black Baptist worship,” Justice adds.

The article has been a long time in the making. From initial fieldwork to publication, it has taken seven years, but it was worth it to get into the Yearbook for Traditional Music. A highly regarded scholarly journal established in 1974, the Yearbook publishes essays, reviews and reports about traditional music and dance research. “We had sent the paper around to different journals, but did not find the right fit until working with the Yearbook,” says Justice.  The article appears in the 47th volume, released this November.

Her hope for anyone who reads the article is that they will talk about it. “Too many scholars work in isolation from each other,” she says, “so we are hoping to help people reach out to each other and do better work!”

As the Schragis Postdoctoral Fellow, Justice has been busy. In the past three years, she has presented at 10 conferences; completed reviews, book chapters and articles; and taught several courses, including “History of Western Music,” “History of American Music” and “Music and Sports.” She intends to use the time between semesters to work on her current book, “Electric Guitars vs. Pipe Organs: Music and the Future of American Mainline Protestantism.” Justice holds a Ph.D. in ethnomusicology from the University of Indiana, Bloomington.