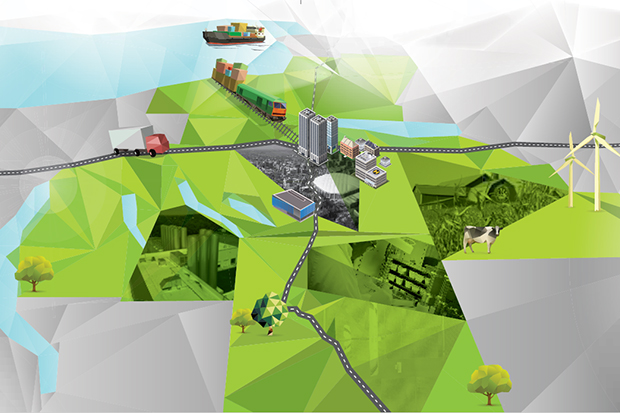 The Upstate Revitalization Initiative is expected to create nearly 6,000 jobs and generate hundreds of millions of dollars in economic activity.

Earlier today, Central New York was one of three Upstate regions awarded $500 million as part of Governor Cuomo’s Upstate Revitalization Initiative. The winning proposal titled “Central New York: Rising from the Ground Up” is expected to create nearly 6,000 jobs and generate hundreds of millions of dollars in new economic activity. As a result of the award, the University will ready the launch of an international design competition aimed at identifying a world-class partner to conceptualize, design and construct the new National Veterans Resource Complex (NVRC).

“This is an extraordinary moment in time for this region; Central New York is truly on the rise,” said CNY Regional Economic Development Council co-chairs Kent Syverud, chancellor of Syracuse University and Robert M. Simpson, president of CenterState CEO. “Through this investment, we now have the opportunity to revolutionize our economic trajectory. Today’s award is a validation of our data-driven process and affirms our belief that a community-created vision for transformational growth will have the greatest potential impact.

The proposal, which was submitted in October, focuses on the following six core components: next generation technology; veterans; agriculture; transportation; government modernization; and economic opportunity and inclusion. 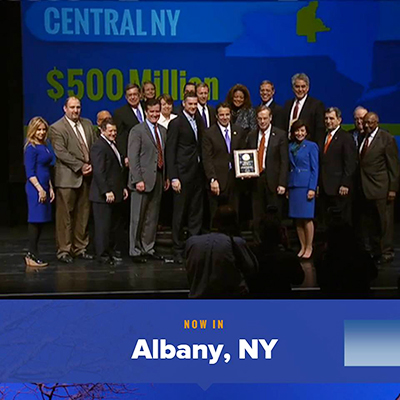 “On behalf of the entire Central New York Regional Economic Development Council, we are grateful to Gov. Andrew Cuomo and the selection committee for this award,” added Chancellor Syverud and Simpson. “We also thank our fellow council members, the dozens of community partners and hundreds of community stakeholders for their dedication, support and participation throughout the process.”

The NVRC, a key part of the council’s proposal as it relates to veterans, will be a multi-use facility that will serve as the enduring home of the University’s Institute for Veterans and Military Families (IVMF), which has served more than 48,000 veterans and military families. The NVRC will offer state-of-the-art vocational and educational programs designed to advance the economic success of the region’s and the nation’s veterans and military families.

“Today is a great day for Syracuse University and for the veteran population who will significantly benefit from the state’s infusion of funds in the CNY region,” says J. Michael Haynie, vice chancellor and executive director of the IVMF. “The NVRC will build upon and solidify the region’s ongoing effort to position CNY as the nation’s leader in research and programming connected to the veteran and military sectors. Not only will the NVRC serve as the center of veteran life on the Syracuse University campus, it will serve as the hub of veteran initiatives in the local community, in New York, and across the country.”

The economic implications of the NVRC are substantial. Not only will it lead to the direct creation of 300 permanent jobs, it will also indirectly generate and retain thousands of new jobs (more than 5,000), fostering new opportunities for construction, support and administrative professionals.

The University has asked renowned architect Martha Thorne, dean of the IE School of Architecture and Design in Madrid, to lead the search for the University’s design partner. Thorne also serves as the executive director of the Pritzker Prize, the highest award in the field of architecture, which is given to living architect/s for significant achievement, a role she’s held for a decade. More details on the design competition will follow in the days ahead.

Visit the CNY Regional Economic Development Council’s website to read the winning proposal in its entirety.