Hill Communications, the student-run public relations firm based in the Newhouse School, was recently honored at the Public Relations Student Society of America (PRSSA) National Conference, held Nov. 6-10 in Atlanta. 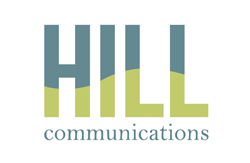 The group won the award for best campaign by a student-run firm for the “Got Consent? Be SU.R.E.” campaign, which was developed in partnership with the University’s Office of Health Promotion during the 2014-15 academic year. The campaign sought to increase consent awareness and sexual and relationship violence education on the SU campus.

Elements of the campaign included:

The campaign is now part of the It’s On Us SU initiative.