How Anxiety about Terrorist Attacks Could Change Our Politics 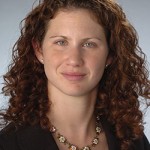 In the wake of the devastating month marked by the downing of a Russian passenger plane, simultaneous suicide attacks in Beirut and coordinated attacks in Paris, American fears of terrorism are likely to increase. That in turn could shape policy and politics in far-reaching ways. Syracuse University Assistant Professor of Political Science Shana Kushner Gadarian, along with Bethany Albertson, Assistant Professor of Government at the University of Texas-Austin, offer their thoughts on what happens next. Shana Kushner Gadarian is available for interview by contacting Scott Barrett at 315-443-9382 or at sabarr02@syr.edu. The following is from an op-ed piece co-authored by both faculty members:

Even before these events, 49 percent of Americans said they were somewhat or very worried that they or someone they love would become a victim of a terrorist attack. In the last three years, this concern become more prevalent as the Islamic State has emerged as a serious threat. At the same time, although 67 percent are confident that the government could protect them against terrorism, this represents a decline in confidence.

In short, there is real public anxiety about terrorism, which is likely to increase in the coming months. As anxiety increases, what does political science tell us that we should expect to see? Our new book, ‘Anxious Politics: Democratic Citizenship in a Threatening World,’ suggests four key lessons.

In general, the American public pays little attention to politics. Many people know very little about events that are remote and complicated, such as the refugee crisis in Europe.

Anxiety counteracts this tendency. It triggers interest in and attention to news, increasing people’s ability to learn about and form opinions about those issues.

But although people anxious about issues like terrorism or immigration seek out information in part to lower their anxiety, the opposite tends to occur: People become hypervigilant toward threats. Anxious people are likely to seek out and remember threatening news in particular.

For instance, citizens concerned about terrorism are likely to follow news that focuses on the threat of future attacks or frames refugees as potentially dangerous. This is particularly true when the media sensationalizes or overemphasizes threats, which compromises anxious citizens’ ability to deliberate about solutions.

Anxiety signals to people that their environment is risky and motivates them to avoid danger, seek protection and create a safer world. When anxiety comes from the world of politics, people are motivated to support policies that they believe will keep them, their families, and their country safe.

How do people know policies will do this? They rely on the messages that political leaders send. In the wake of terrorism, leaders will often advocate for military action, as French President Francois Hollande and Russian President Vladimir Putin recently did, and as both Presidents George W. Bush and Barack Obama have done in the past. Anxious citizens are likely to support these policies, even at the risk of sacrificing the civil liberties of fellow citizens, especially citizens who are part of a disliked group (such as Muslims).

Similarly, when anti-Muslim sentiment is already prevalent and, in the past week, given voice in the media and the voices of presidential candidates, anxious Americans may increasingly oppose immigration and the resettlement of refugees from areas affected by the Islamic State.

3) An anxious public puts their trust in leaders.

Anxious people need to trust others, particularly when threatened. We put our faith in others to manage and mitigate risks, and we’re drawn to leaders that offer protection and solace.

We find that anxiety causes people to trust experts. In some cases, expertise is simple, as in a medical emergency, where trust in doctors increases. In politics, however, what constitutes expertise is more contentious. We find that anxious people tend to trust the party that “owns” a particular issue. For example, both Democrats and Republicans who are made anxious about immigration become more trusting of the Republican Party. To the extent that the Syrian refugee crisis invokes concern over securing our borders, we would expect people to become more trusting of Republicans.

This dynamic plays out abroad as well. Research in Israel finds a link between proximity to terrorist attacks and support for right-wing leaders.

Given the abundance of threats in the world and the political effects of anxiety, it should be no surprise that politicians engage in what’s derisively referred to as “fearmongering.” Politicians legitimately feel responsible for alerting the public of threats, but there is also a strategic logic to what threats they emphasize and which they ignore or downplay.

Politicians have an incentive to stoke anxiety on issues where their party is perceived as having expertise. Republicans generally benefit when the public worries about the ill effects of immigration, future terrorism, or crime, while Democrats are more trusted when the public is concerned about the environment or education. Anxious citizens are more likely to set aside partisanship and support leaders and policies they normally do not. But this doesn’t mean that fearmongering always works. We find that political leaders are less effective in persuading people from the opposite party than are the messages conveyed in news coverage. People use their own beliefs, including partisanship, to resist appeals to anxiety that they view as manipulative.

In other words, fearmongering comes with risks. For instance, by 2008, the use of terrorism imagery in speeches and campaign ads was less able to persuade Democrats to support President George W. Bush’s foreign policy than those same images in 2002.

For this reason, anxious people are not merely victims of their emotions or manipulative elites. Appeals that try to play on people’s fears may fall flat or even create a backlash.

Emotions like anxiety can help people navigate a potentially dangerous world. Anxiety signals that we might need to change the way we learn, the policies we support and the leaders we trust.

In a world made threatening by terrorism, politicians may be all too eager to amplify alarm bells. What we can most hope for is an election season that offers Americans a substantive debate over the best way to keep us safe.