Is the Strength of ISIS Real? 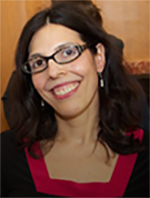 Secretary of State John Kerry has vowed that the world will defeat ISIS, telling reporters on Monday that ISIS is “not 10 feet tall”. However, considering recent terrorist attacks in Paris France, and the bombing of a Russian commercial jetliner, there have been questions about the strength of the terrorist organization. Professor Corri Zoli, Director of Research at the Institute for National Security and Counterterrorism at Syracuse University, says that ISIS’s active online presence—combined with their aggressive state building and global terrorist attack strategy—gives the impression of strength.

“But their actual force strength is less assured,” says Zoli. “The problem is that all meaningful measures to determine their real strength—ISIS finances, foreign fighter recruitment, holding territory, alliances by other extremist groups—are the subject of debate and disagreement by intelligence analysts and policy makers. Scholars, social scientists working in conflict studies in particular, however, can offer some key insights—many with implications for countermeasures.

First, experts tracking foreign fighter flows see the tide stemming—especially from the West—as recruits realize the gap between online propaganda and real life in Syria, as ISIS authorities show hypocrisy in their purported purist interpretations of Islamic law, and as they give preferential treatment to Arabs (foreigners are often cannon fodder, trained for suicide missions).

Second, with other actors in the mix (Kurds, Russians, Iranians) and new vigor in the fight from Turkey, France, and the U.S., ISIS fighters are feeling the heat, especially in holding territory, let alone expanding.

Third, on finances ISIS has had the biggest edge, pillaging from locals, using criminal networks and selling pilfered oil and other assets through Turkey. But as ISIS stays put (forfeiting new taxes and stealing resources from new locales) and as the U.S. increasingly tightens up its counterterrorist financing strategy here—bombing oil fields, shutting down border traffic, etc.—ISIS will struggle.

Ultimately, while the Paris attacks (and those in Egypt, Turkey, Lebanon and elsewhere) are raising awareness, something ISIS strives for, the group’s core fundamentals are likely weak. Their “strength” comes largely from circumstances, namely two sources, which need to be addressed: (1.) global extremist ideologies and networks that radicalize populations and advocate political violence; and (2.) bad regional governance and circumstances: failed, troubled and repressive states, and communities seeing no opportunity on the move in historically unprecedented numbers.”

Professor Zoli is available for interview. Email her directly at cbzoli@syr.edu or contact Keith Kobland at the Syracuse University Office of News Services at kkobland@syr.edu.