On Tuesday, Nov. 10, the IBM Center for the Business of Government will issue a report called “Beyond Business as Usual: Improving Defense Acquisition through Better Buying Power” that was jointly authored by Maxwell School Associate Dean David Van Slyke and Ph.D. student Zachary Huitink. 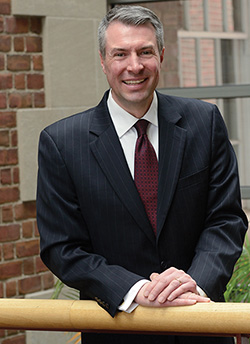 “Funding for public management research is limited and and the competition is significant to receive one of the IBM Center for the Business of Government’s small number of awards. That a project proposal submitted by a doctoral student was funded speaks strongly to the quality inherent in the work set forth by Zach,” says Van Slyke, chair of the public administration and international affairs department. “The center’s praise for the ultimate report and the rigor and quality of analysis is a strong endorsement of Zach Huitink’s systematic and objective research. He is the first doctoral student in the public administration and international affairs department to receive this prestigious source of funding and recognition. I’m confident we can expect continued high quality research and analysis from Zach in the future.”

“I was honored to receive a grant from the IBM Center, and deeply grateful for the opportunity it afforded Dr. Van Slyke and me to conduct research on an issue with real relevance to U.S. national security,” says Huitink. “I am also grateful to the Maxwell School’s Department of Public Administration and International Affairs, as well as to the Campbell Public Affairs Institute, each of which provided additional support for the project. Given the current pressure on the defense budget and the unprecedented mix of security challenges confronting the nation, maximizing the return both taxpayers and war fighters receive from each dollar invested in defense acquisition is critical. We sincerely hope our case study of Better Buying Power makes a contribution to this effort, as well as advances the objective of connecting scholarship with practice to address key public policy challenges.” 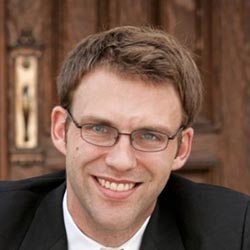 In their report, Huitink and Van Slyke examine the following core initiatives of Better Buying Power:

For each core initiative, the authors examine the motivation for the initiative, experience to date and the challenges facing each. The report sets forth eight lessons learned about implementing acquisition reform.

Although Better Buying Power was launched within the Department of Defense, the report’s authors conclude that there is government-wide applicability of the initiative. The report concludes with three government-wide recommendations: