Erin Rand, an associate professor of communication and rhetorical studies in the College of Visual and Performing Arts’ Department of Communication and Rhetorical Studies (CRS), has won the 2015 Book of the Year Award from the Critical and Cultural Studies Division of the National Communication Association for “Reclaiming Queer: Activist and Academic Rhetorics of Resistance” (University of Alabama Press, 2014). 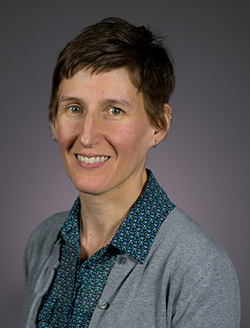 “Reclaiming Queer” is an examination of the rhetorical linkage of queer theory in the academy with street-level queer activism in the 1980s and early 1990s. It offers a critical look at the rhetoric of queer activism, engages the history of queer theory’s institutionalization and the politics of its proliferation, suggests a radically contextual understanding of rhetorical agency and form and argues for the centrality of queerness to all rhetorical action.

“Professor Rand’s brilliant and eloquent queer scholarship is much admired, read and taught,” says Charles E. Morris III, professor and chair of the department. “That she has been awarded the National Communication Association’s prestigious Critical and Cultural Studies Division Book of the Year Award is yet another confirmation of her significant stature within the discipline and beyond. Professor Rand’s is the latest in a long list of national research awards received by CRS faculty, among the most laureled on campus.”

Rand’s research focuses on resistance and rhetorical agency in activist and social movement discourses. Rooted in contemporary rhetorical theory and criticism, her work also draws upon critical theory, cultural studies and queer and feminist theories, with an eye both to understanding the rhetorics of social change and rethinking the rhetorical tradition. Her work has appeared in the Quarterly Journal of Speech, Rhetoric and Public Affairs, Communication and Critical/Cultural Studies, the Western Journal of Communication and Women’s Studies in Communication.