La Casita, Smithsonian Team up for ‘Latinos and Baseball’ Initiative 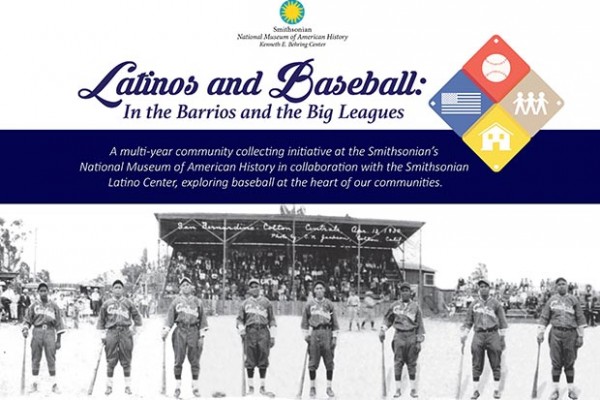 “Latinos and Baseball” traces the role baseball has played, socially and culturally, in Latino communities across the nation.

La Casita Cultural Center, a program of the College of Arts and Sciences, has been selected to participate in “Latinos and Baseball: In the Barrios and the Big Leagues,” a national community collecting initiative at the Smithsonian Institution’s National Museum of American History, in collaboration with the Smithsonian Latino Center.

“Latinos and Baseball” traces the role baseball has played, socially and culturally, in Latino communities across the nation. The new multiyear project builds on a growing body of original research, oral histories, and collections by and with Smithsonian partners that documents the impact of Latino communities on American history and culture.

“La Casita is honored to represent Syracuse University and the Central and Upstate New York communities in this nationwide project,” says Tere Paniagua ’82, executive director of Arts and Sciences’ Office of Cultural Engagement for the Hispanic Community. “Baseball is an important lens through which to look at ethnic identities and reflect on the lives and histories of our communities. Since only a handful of repositories throughout New York State collect Latino materials as a matter of policy, we are excited to collaborate with the Smithsonian in the development of a major cultural heritage research project. It’s an exciting opportunity for our students and faculty alike.”

Among them are internships in Syracuse and Washington, D.C., she adds. 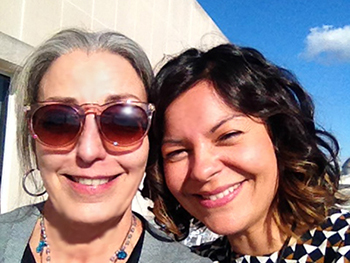 Margaret Salazar-Porzio, curator in the museum’s Division of Home and Community Life, is overseeing the initiative. “Tracing histories of people, places and objects that reflect the complex interplay of racial identities and sports across the nation allows us to tell diverse and unexpected stories within our communities,” she says. “Our community partners, such as La Casita, are vital to this process.”

In addition to enriching the Smithsonian’s local and national collections, “Latinos and Baseball” will be the subject of various programs across the country, culminating in a traveling exhibition that will be in development by 2020.

The initiative got underway in October with a two-day event in Washington, D.C., where Paniagua and other scholars participated in various panel discussions and workshops. One of the presentations focused on “Béisbol at the Heart of Our Latino Communities,” taking place this fall at La Casita.

“At no other time have there been more Latinos on the baseball field, in the clubhouse and in the stands,” says Paniagua, whose father, coincidentally, owned the Cangrejeros de Santurce, a professional baseball team in Puerto Rico, for nearly three decades. “We aim to shape this project so that it generates new perspectives, along with an understanding of, and an appreciation for, the extraordinary exploits of our baseball heroes, locally and nationally.”

“Latinos and Baseball” will hold a community collecting event in February in San Bernardino, Calif. Other collections will take place around the country, including one in Syracuse, throughout 2016-17. Under the initiative, La Casita is facilitating object donations, and is working to establish, in its Near West Side headquarters, a permanent exhibit related to area Latino baseball history. 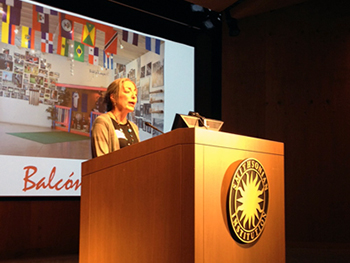 Paniagua at the “Latinos and Baseball” launch at the Smithsonian

“We want to build interest, expand the archive and, ultimately, bring the collections to the national stage,” Salazar-Porzio adds. “We’re thrilled to have La Casita involved at the ground level, paving the way for our touring show.”

“Béisbol” also has an oral history component, in which La Casita is hosting a series of informal gatherings for people to share stories about the pieces they have loaned to the show, or that are being considered for the Smithsonian’s collection.