“Food and Fear: How Therapists and Dietitians Collaborate in Understanding and Treating Eating Disorders” is the featured topic for the Inaugural Ann Selkowitz Litt Distinguished Speaker Series lecture to be held Thursday, Nov. 5, at 7 p.m. in Grant Auditorium. Sandra Pinney and Laura K. Ratner will address the difference between normal and problematic eating, and the importance of a collaborative relationship between dietitians and therapists in eating disorder recovery. 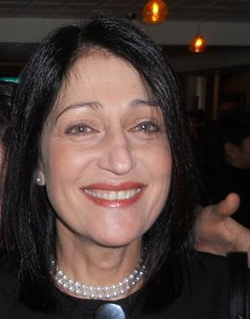 The purposeful pairing of perspectives from a mental health professional and registered dietitian nutritionist for this inaugural lecture is based on an approach Falk College nutrition alumna Ann Selkowitz Litt ’75 practiced throughout her career. For many years, she and Ratner were partners in private practice. Litt was a nationally known nutritionist who helped children and adolescents with eating disorders and assisted developing athletes in reaching their full potential. The nutrition consultant to CosmoGirl magazine, Litt was the author of “The College Students’ Guide to Eating Well on Campus,” “Fuel for Young Athletes” and the “ADA Guide to Private Practice.” She was the nutritionist for the NFL’s Washington Redskins and served as spokesperson for several media campaigns during her career, including the “Got Milk?” campaign. After her death in 2007, the Ann. S. Litt Foundation Inc. was created to support nutrition education.

Eating disorders such as anorexia, bulimia and binge eating include extreme emotions, attitudes and behaviors surrounding weight and food issues. Eating disorders are serious emotional and physical problems that can have life-threatening consequences for females and males. According to the National Eating Disorders Association, 20 million women and 10 million men suffer from a clinically significant eating disorder at some time in their life. The rate of development of new cases of eating disorders has been increasing since 1950.

“The inaugural lecture held as part of the Ann Selkowitz Litt Distinguished Speaker Series will explore what’s normal and what’s not in the realm of both eating and how one thinks and feels about eating and their body. Our speakers will talk about the importance of collaboration between therapists and nutritionists as they work together to both understand and treat people with eating disorders, which was a philosophy Ann embraced throughout her career,” says Tanya Horacek, professor of nutrition and undergraduate director of Falk College’s nutrition program. 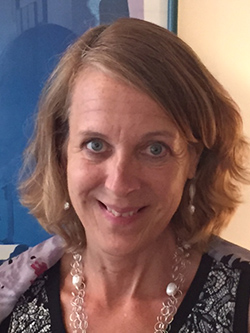 Ratner is a psychotherapist who specializes in the treatment of eating disorders utilizing family-based psychotherapy as well as evidence-based individual approaches, working with children/adolescents and adults, individuals, couples and families. She provides clinical supervision to other mental health professionals, has taught at the George Washington Medical School and has served on the Research-Practice Committee of the Academy for Eating Disorders.

The lecture has been approved for continuing education credit for social work and dietetics.