American Enterprise Institute President to Speak on ‘Abundance without Attachment’

Arthur C. Brooks, president of the American Enterprise Institute and former Louis A. Bantle Professor of Business and Government at the Maxwell School, will speak on “Abundance without Attachment” Thursday, Nov. 12, at 4:30 p.m. in the Strasser Legacy Room, 220 Eggers Hall. 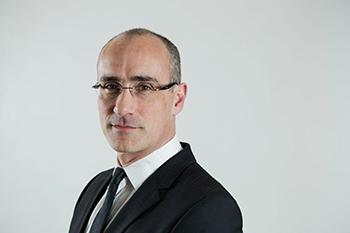 The lecture is part of the D’Aniello Family Speaker Series, a University-wide series that promotes dialogue on subjects with national impact. Space is limited; only the first 100 attendees will be admitted.

“Is capitalism a great blessing and a fundamental force for good? Or does it encourage greed?” asks Brooks. “The truth is that both perspectives are onto something. Free enterprise has lifted billions out of poverty worldwide. But while we fight for prosperity at home and around the world, we must defend against materialism in our own hearts.”

Brooks is the president of the American Enterprise Institute (AEI), a public policy think tank in Washington, D.C. He is also a contributing opinion writer for the New York Times.

At age 19, Brooks left college to become a professional musician and spent several seasons with the City Orchestra of Barcelona, Spain. After a decade he returned to college and studied economics, mathematics and languages, ultimately earning B.A. and M.A. degrees in economics and M.Phil. and Ph.D. degrees in public policy. Brooks then spent 10 years as a university professor teaching economics and entrepreneurship before coming to AEI.

Brooks is the author of hundreds of articles and 11 books, including the New York Times best-sellers “The Conservative Heart: How to Build a Happier, Fairer and More Prosperous America” (2015) and “The Road to Freedom” (2012).