On Monday, the World Health Organization issued a report stating that processed meats such as bacon and hot dogs cause cancer. It also said that red meat “probably” causes cancer. The findings were drafted by a panel of 22 international experts who reviewed decades of research on the link between processed meats, red meat and cancer. Registered dietitian Jane Burrell Uzcategui is an instructor in the David B. Falk College of Sport and Human Dynamics. She specializes in lifecycle nutrition and medical nutrition therapy. She answered some questions on the meaning of this new report. 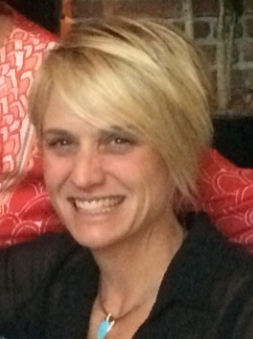 A. Processed meats include dried poultry or beef products such as jerky, salt cured pork such as ham or prosciutto, sausages, hot dogs, salami, bologna and pepperoni.

A. According to the International Agency for Research on Cancer, a division of the World Health Organization, there is a correlation between intake of 50 gram portions per week of processed meats and colorectal cancer. In other words, if individuals consume about 2 ounces of processed meat per week, they are 18 percent more likely to develop colorectal cancer. The limitations with correlation studies are that they only show a likelihood of developing a condition and not cause and effect. The WHO extensively reviewed a large body of research conducted in 10 countries and classified “red meat as possibly carcinogenic to humans based on limited evidence.” The meat industry, of course, is protecting its interests and will interpret the results differently.

Q. WHO classified all red meat as “probably carcinogenic,” but stated that it still has nutritional value. How can individuals balance the risks and benefits in their own diets?

A. As mentioned, the findings do not definitely demonstrate cause and effect. However, it is reasonable to recommend that individuals limit the consumption of all red meat and processed meats. This has been part of the Dietary Guidelines for Americans, which is created as a collaborative effort by the USDA and Department of Health and Human Services, for the past 10 years. In practical terms, selection of more plant-based foods, such as beans, tofu or tempeh, as substitutes for red meats or processed meats may reduce cancer risk. Red meats and processed meats are also higher in saturated fat, cholesterol and sodium, which are nutrients many Americans get in excess.

Q. What is your best advice to people in light of the WHO report? Should they be cutting all processed meat out of their diets? What about red meat?

A. To reduce the risk of disease, limit processed meats to less than two ounces per week and red meat to a few times per week. Inclusion of plant-based foods as your entrees can reduce calorie, saturated fat, cholesterol and sodium intake. One of the most effective ways to reduce risk of cancer is to consume plenty of fruits and vegetables.

Q. Are there actions that the U.S. government should take in light of this new report?

A. At this point, advising consumers to limit red meat and processed meats is all that is indicated. This is already part of the Dietary Guidelines for Americans. There will be differing opinions on policy change and the role of the government that could vary from imposing taxes on processed meats to reducing subsidies that keep red meat prices lower than the cost of production or creating subsidies for plant-based farm goods, which would shift consumer purchasing. There is no immediate need for alarm; however, public health interests should focus on shifting consumer habits.