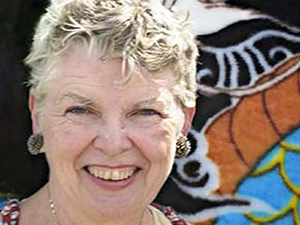 Also part of the Visiting Author Reading Series of the YMCA Arts Branch’s Downtown Writers Center (DWC), the event is Thursday, Nov. 5, at 7 p.m. at the DWC (340 Montgomery St., Syracuse). It is free and open to the public. For more information, call the Syracuse University Humanities Center or visit http://syracusehumanities.org.

The reading is co-sponsored by the DWC and the Humanities Center, the latter of which is based in the College of Arts and Sciences.

“This is a special opportunity for the campus community,” says Vivian May, director of the Humanities Center and associate professor of women’s and gender studies. “Minnie Bruce’s poetry shows us how theoretical and creative insights are most powerful when they are embedded within, and speak to, lived realities of everyday life. In turn, Martha’s precise and meditative language has addressed some of the most pressing social issues of our day, such as racism, immigration and eugenics.”

Known for her groundbreaking work in women’s studies, Pratt retired earlier this year from Syracuse, where she helped establish the LGBT Studies Program, and held faculty positions in the Writing Program and Department of Women’s and Gender Studies. Pratt is the author of more than a dozen award-winning or critically acclaimed books, including “The Dirt She Ate: Selected and New Poems” (University of Pittsburgh Press, 2003) and “Crime Against Nature” (Firebrand Books, 1990). She also has published dozens of poems, essays and articles, many of which have been anthologized. 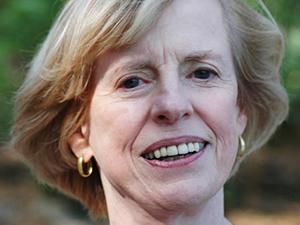 Collins founded the M.F.A. program in creative writing at the University of Massachusetts Boston, and has taught at Oberlin College and Cornell University. Her collections of poetry include “Day Unto Day” (Milkweed Editions, 2014), written over a six-year span, and “Blue Front” (Graywolf Press, 2006), which won the Anisfield-Wolf Book Award and was selected by the New York Public Library as one of the year’s most memorable books. Collins is currently promoting “Catherine Breese Davis: On the Life and Work of an American Master” (Pleidas Press, 2015), which she has co-edited, and is working on “Admit One: An American Scrapbook” (University of Pittsburgh Press, 2016).

Phil Memmer is executive director of the Y Arts Branch and founder of the DWC. “This is one of the top literary events of the season,” he says. “To have not one, but two iconic writers on stage, reading from their work and interacting with the audience in a relatively intimate setting, is not to be missed.”