Mary Karr Next Author in the Raymond Carver Reading Series

The Raymond Carver Reading Series in the College of Arts and Sciences continues with a reading by acclaimed memoirist and poet Mary Karr ’H15, the Jesse Truesdell Peck Professor of Literature at the University, where she delivered the 2015 Commencement Address in May. 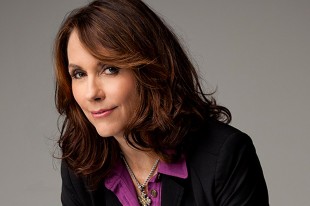 On Wednesday, Nov. 4, Karr will participate in an audience Q&A session at 3:45 p.m., followed by an author reading at 5:30 p.m. Both events are free and open to the public, and take place in Gifford Auditorium. For more information, contact Sarah Harwell G’05, associate director of the M.F.A. Program in Creative Writing, at scharwel@syr.edu.

Karr was born in 1955 and raised in Texas. Karr’s poetry and prose frequently include autobiographical elements, including her hardscrabble childhood, teenage drug use, failed marriage and adult alcoholism, as well as her subsequent recovery and conversion to Catholicism. Yet despite the brutality of much of her subject matter, Karr’s work has received tremendous praise for its lyricism and beauty. Reviewing the breakthrough memoir, “The Liars’ Club,” in the New York Times, Michiko Kakutani noted that Karr’s “most powerful tool is her language, which she wields with the virtuosity of both a lyric poet and an earthy, down-home Texan. It’s a skill used … in the service of a wonderfully unsentimental vision that redeems the past even as it recaptures it on paper.”

Karr’s poetry is frequently described as “unsentimental” and “unsparing” in its evocation of painful truths, often about their author. David Barber described Karr’s tone in her second book, “The Devil’s Tour”: “Avowedly unsentimental, Karr doesn’t overcompensate by striking exaggerated poses of disabused wisdom or affecting mandarin disdain for the muddle of human relations … Hers are the measured lamentations of a writer who will always side with the painful certitude over the wishful thought.”

Karr herself has written about the need for poetry to remain grounded in direct, accessible language, in her essay “Against Decoration,” included in her book “Viper Rum.” Ellen Kaufman in Library Journal described the poems in that book as “confessional writing that conjures up the physical world.”

Reflecting upon her aspirations as an author, Karr told Publishers Weekly: “Public readings and the oral tradition [are] important to me. An aesthetic experience is fine, but unless someone is infused with feeling from a work of art, it’s totally without conviction. My idea of art is, you write something that makes people feel so strongly that they get some conviction about who they want to be or what they want to do. It’s morally useful not in a political way, but it makes your heart bigger; it’s emotionally and spiritually empowering.”

Karr has received numerous honors and awards for her work, including fellowships from the Guggenheim Foundation, the National Endowment for the Arts and a Bunting Fellowship from Radcliffe College. She has received a Pushcart Prize, the PEN/Martha Albrand Award and Whiting Writer’s Award. She is a sought-after speaker who has given talks and lectures at major universities, libraries and at the Weill Cornell Medical College, where she lectured during Grand Rounds in the psychiatric department in 2011. Her memoir “Lit” is scheduled to become an HBO television series.