The Department of African American Studies (AAS) in the College of Arts and Sciences will play host to an expert on black migration experiences. 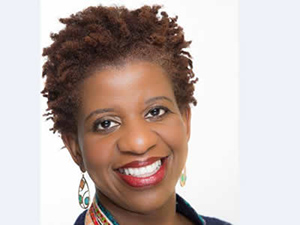 Marta Effinger-Crichlow, associate professor and chair of African American studies at CUNY’s New York City College of Technology, will guest-lecture on Wednesday, Nov. 4, at 4:30 p.m. in the Peter Graham Scholarly Commons (Room 114) in Bird Library. Her presentation, which is free and open to the public, is part of the AAS 2015-16 Colloquium Series.

Discounted parking is available in Booth Garage for $4. For more information, contact Regina Cole at recole@syr.edu or 315-443-4302.

Effinger-Crichlow is expected to draw from her latest book, “Staging Migrations Toward an American West: From Ida B. Wells to Rhodessa Jones” (University Press of Colorado, 2014), which explores how black women imagined and experienced their migration westward in the late 1800s and early 1900s.

“Professor Effinger-Crichlow provides a rare glimpse into the geographic and symbolic journeys that black women have taken in pursuit of unconstrained movement and full citizenship in the United States,” says James Gordon Williams, assistant professor of AAS and one of the event’s co-organizers. “Anyone studying American or African American history, women’s and gender studies, literature, theater or performance theory will have an interest in this little-known area of scholarship.”

A prolific teacher-scholar, Effinger-Crichlow has written extensively about black women’s literary and dramatic narratives, as well as African American migration experiences. Her articles have appeared in African American Lives, Theatre Journal, African American Review, Footsteps: Children’s Magazine, Journal of Black Studies and the Dictionary of Literary Biography. In 2014, she was selected by the Network Journal as one of its “25 Influential Black Women in Business.”

Effinger-Crichlow has lectured all over the world—from the African Burial Ground in Lower Manhattan, to the National Endowment for the Humanities (NEH) Advanced Topics in the Digital Humanities Summer Institute in Eugene, Ore., to Xiamen University in China. She also has served as project director of City Tech’s first NEH Faculty Development Initiative grant project, titled “Retentions and Transfigurations: The Technological Evolution and Social History of Five New York City Neighborhoods.” In November, she will address TEDxCUNY.

An accomplished dramaturg and playwright, Effinger-Crichlow earned a Ph.D. from Northwestern University.