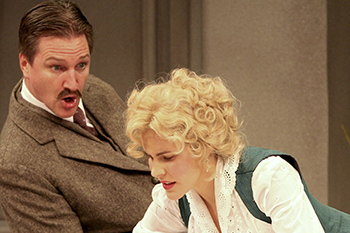 The panel will discuss “Glamour and Damage: Women, Scandal, and Social Media Networks,” using Steve Martin’s “The Underpants,” above, as a launchpad. (Photo by Michael Davis)

Syracuse SymposiumTM continues its “Networks” theme with a panel discussion on the media’s portrayal of women—from gossip circles in the early 20th century to modern-day social networks—and its ensuing impact on gender bias.

The discussion, which is free and open to the public, is co-sponsored by Syracuse Stage and the Humanities Center, based in the College of Arts and Sciences. For more information, call 315-443-7192 or visit http://syracusehumanities.org.

Using “The Underpants” as a launchpad, the discussion will explore how women have been characterized, victimized, shamed and sensualized throughout history. 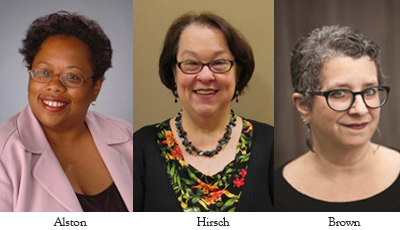 Running through Nov. 8, “The Underpants” is a witty commentary on gender politics and instant celebrity. Adapted from Carl Sternheim’s 1911 work “Die Hose,” the play is set in early 20th-century Germany, and follows one woman’s “very public wardrobe malfunction.”

Show tickets may be purchased by calling 315-443-3275 or visiting http://syracusestage.org.