New York Times columnists and friends Charles Blow and Ross Douthat will participate in a facilitated conversation on the topic of social inequality with Syracuse University alumnus and current law student Jesse Feitel ’13 on Tuesday, Oct. 13, at 7:30 p.m. in Hendricks Chapel as part of the University Lectures series.

The event is free and open to the public. It is co-sponsored in cooperation with the S.I. Newhouse School of Public Communications, the LGBT Resource Center, University College, the Intergroup Dialogue Program, the School of Education and Syracuse Symposium. American Sign Language interpretation and Communication Access Real Time will be available. 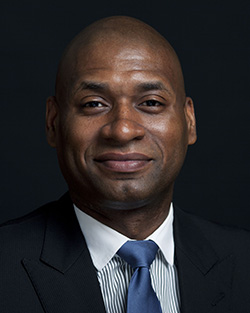 Blow is the Times’ visual op-ed columnist. He joined the Times in 1994 as a graphics editor and quickly became the paper’s graphics director, a position he held for nine years. In that role, he led the Times to a best of show award from the Society of News Design for the Times’ information graphics coverage of 9/11, the first time the award had been given for graphics coverage. He also led the paper to its first two best in show awards from the Malofiej International Infographics Summit for work that included coverage of the Iraq war.

Blow went on to become the paper’s design director for news before leaving in 2006 to become the art director of National Geographic Magazine. He returned to the Times in 2008 as a columnist in the Opinion section, writing on politics, public opinion and social justice.

The youngest op-ed columnist in the history of the Times, Douthat is equally at ease exploring the impact of Judd Apatow’s film comedies on the social issues of the day as he is explicating the intricacies of the latest health care reform proposal. He combines thoughtful analysis and a big picture context that reminds some observers of another Times luminary, columnist Thomas Friedman. 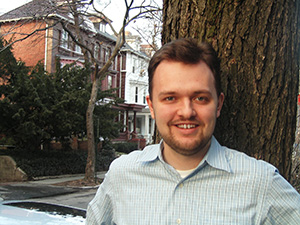 Douthat’s latest book is “Bad Religion: How We Became a Nation of Heretics” (Free Press, 2012), charting what he sees as institutional Christianity’s decline from a vigorous, mainstream and bipartisan faith through the culture wars of the 1960s and 1970s to the polarizing debates of the present day. He is also author of “Privilege: Harvard and the Education of the Ruling Class” (Hyperion, 2006) and, with Reihan Salam, “Grand New Party: How Republicans Can Win the Working Class and Save the American Dream” (Random House, 2008).

The Blow/Douthat program is the third event in the 2015-16 University Lectures series, following pianist/conductor Leon Fleisher on Sept. 29 and author Cheryl Strayed G’02 on Oct. 7. Next up is award-winning journalist/author Naomi Klein (“This Changes Everything,” “The Shock Doctrine”) on Tuesday, Nov. 3, at 7:30 p.m.