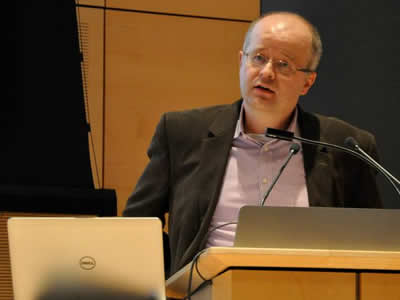 The Department of English in the College of Arts and Sciences is getting ready for its proverbial close-up, thanks to recent core faculty developments.

Hallas takes over the reins from Steven Cohan, Dean’s Distinguished Professor Emeritus of English, who is the new president of the Society for Cinema & Media Studies (SCMS). The core faculty is rounded out by Assistant Professors Chris Hanson and Will Scheibel, the latter of whom joined the English department this past summer.

Located in the historic Hall of Languages, the English department offers specialized training in the criticism, theory and history of film and screen media, as evidenced by its successful Ph.D. and B.A. programs with tracks in film and screen studies.

“It’s an exciting time for film and screen studies at Syracuse,” says Hallas, who specializes in documentary media, visual culture and lesbian, gay, bisexual and transgender (LGBT) studies. “Our humanities-oriented study of film and screen media perfectly complements the University’s two other world-class production-based programs: the Department of Transmedia in the College of Visual and Performing Arts [VPA] and the Television, Radio, & Film [TRF] Program in the Newhouse School of Public Communications.”

Hallas says he is proud of the synergy among all three units, including his six-year collaboration with TRF Professor Tula Goenka G’86, with whom he co-directs the Syracuse University Human Rights Film Festival.

A member of the English faculty for more than a decade, Hallas is nationally renowned for his teaching, scholarship, and service. He is currently working on his third book project, “A Medium Seen Otherwise: Photography and Documentary Film,” which also is the subject of his forthcoming keynote address at Indiana University’s new Center for Documentary Research and Practice. 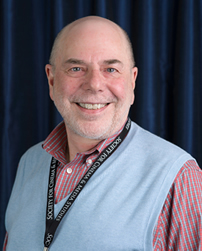 Hallas also looks forward to working with Cohan in the latter’s new capacity. “Steven brings to the SCMS the same kind of academic rigor, innovation and leadership that he has brought to our department for the past 25 years,” he adds.

With more than 40 years of service to the University and an encyclopedic knowledge of cultural studies, popular culture, and gender and sexualities, Cohan is the author or editor of nearly a dozen book projects, including a forthcoming one on movies about movie-making. He—and, by extension, the English department—was a bona fide star of SCMS’ 56th annual conference, held in March in Montreal. There, Cohan led a delegation of 15 student and alumni presenters, whose scholarly papers on film, television, video, and new media were extremely well received.

“We were all over the program,” Cohan says. “I hope my position in the society will help continue this trend, ultimately shining a light on the considerable strengths of our film and screen studies faculty and students. … I consider my role in SCMS to be recognition of the long-standing commitment of the English department to include film, TV, and new media in its curricula for the past three decades.”
Although newly retired from the University, Cohan plans to continue mentoring  graduate students on their dissertations and conducting his own research. He is currently working on a series of critical essays, and is preparing to give a major address at the University of Paris in December.
Cohan’s and Hallas’ appointments coincide with other changes in the English department—namely, Scheibel’s arrival. A historian of American cinema, Scheibel looks at film aesthetics through the twin lenses of classical cinema and modernist cultures. “I am interested in how film authors and performers managed—and were managed by—aesthetic ideologies in the middle of the 20th century,” he says, citing book projects on “Rebel Without a Cause” director Nicholas Ray and “Laura” ingénue Gene Tierney. “As a member of SCMS, I am excited to see its future developments under Steve’s leadership, and hope to contribute to the study of modernism and modernity, something of interest among a contingent of SCMS members.” 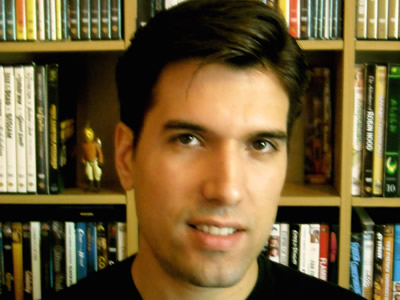 Scheibel also belongs to the Modernist Studies Association (MSA), and hopes to build bridges between it and SCMS. “Given the long, historical relationship between these two fields, I see ample opportunities to share resources, collaborate and mentor, and promote teaching and scholarship,” he says, adding that MSA explores the arts in their social, political, cultural and cultural contexts from the 19th- to the 20th centuries.

Says Hallas: “Will builds on Steven’s influential scholarship on genre, stardom and genre. He also brings exciting new areas of expertise, not just in popular cinema and modernism, but also Latino film.”
Prevailing wisdom suggests that Scheibel’s appointment, along with Hanson’s cutting-edge work in new and digital media, is part of the English department’s plan to keep reinventing itself. The FSS Track, for one, enables undergraduates to study not only traditional subjects, including global cinema, the Hollywood studio system, documentary film, and television, but also more innovative fare. Current courses in the FSS track include those focusing on emerging forms of screen media in the new millennium, from the study of 21st-century film to the rapidly expanding realm of digital games.

A former game and software developer, Hanson says part of the appeal of FSS is that students can customize their experience by choosing from a variety of courses. One of the more popular ones is a gateway course he teaches called Reading Screen Culture (ETS 146), which examines how screen media shape and transform the texts on which they appear.

“As we use more and more screens and consume more content on them, I believe that being able to better understand, interpret, and utilize these media forms is essential,” says Hanson, whose current book project is titled “Game Time: Understanding Temporality in Video Games.”

Hanson’s work is, at once, highly interdisciplinary. He frequently collaborates with colleagues in other units, including the Department of Transmedia in VPA and the Department of Art & Music Histories in the College of Arts and Sciences, to bring avant-garde filmmakers and experimental media artists to campus. He has been a driving force behind the Central New York Experimental (CNYX) screening series, made possible in part by the CNY Humanities Corridor, and a recent visit by legendary visual artist Carolee Schneemann.

Proof that film and screen studies is a flexible, highly marketable qualification may be found in the growing number of Hanson’s former students who have gone on to successful careers in film, television and media production or on to graduate education in critical studies. “Companies and organizations almost always desire employees who are good writers, with well-developed analytical skills,” he says. “All the better if they are versed in new technologies and emergent media forms.”