VP for Research Gina Lee-Glauser to Retire; Peter Vanable to Serve as Interim

Gina Lee-Glauser, Syracuse University’s vice president for research and a research professor of mechanical and aerospace engineering, has announced that she will retire from the University at the end of the calendar year. Lee-Glauser, who came to the University in 2001, has led the Office of Research since 2009. 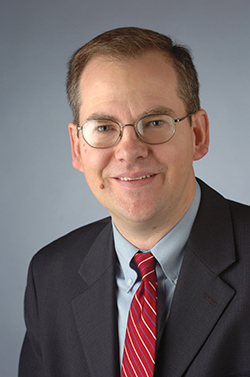 As vice president for research, Lee-Glauser has provided critical support to the academic deans in establishing new programs and research directions for the University. She also has championed University-wide multidisciplinary activities and collaborations designed to accelerate the transfer of knowledge to industry. Last year, she oversaw sponsored expenditures of $76.2 million, a nearly 17 percent increase from the previous year. Awards that same year totaled $86.7 million, representing a 29 percent increase from 2014.

A member of the psychology faculty since 1999 and chair since 2009, Vanable is a regular reviewer for the National Institutes of Health (NIH) and is currently an associate editor at the journal AIDS and Behavior. He has received more than $3 million in research grants from the NIH, and served as a co-investigator on a number of large NIH grants involving faculty colleagues at Syracuse and elsewhere. As department chair, he has emphasized strong mentoring and support for junior faculty, many of whom have gone on to obtain grant support from the NIH, the National Science Foundation and other funding agencies. He also serves as chair of the University’s Institutional Review Board.

“I am truly honored to have been given this opportunity to extend the work that Gina Lee-Glauser and the dedicated staff in the Office of Research have done to elevate research at the University,” says Vanable, who also holds an appointment as adjunct professor of medicine at Upstate Medical University. “Excellence in faculty research and graduate education go hand in hand. I look forward to working closely with faculty and University leadership to strengthen supports for University-wide scholarly activities and to enhance the profile of our graduate programs.”

Provost Liddy says Vanable’s deep experience in both the lab and the classroom made him a natural choice for the interim post. “Peter has a long record of excellence both as a researcher and as a teacher and mentor for students at every stage in their academic career,” says Liddy. “He is also highly collaborative, which is especially important as more and more research challenges cross disciplinary borders. I know he will be a valuable asset during this time of transition, and I look forward to working with him.”

Lee-Glauser says she has especially liked working to promote scholarly connections across campus and beyond. “I have really enjoyed working with a wide array of faculty members across the University and supporting their intellectual endeavors, whether individual, multidisciplinary or multi-university efforts,” says Lee-Glauser. “I especially enjoyed being a research matchmaker for faculty and students and facilitating connections among individuals, clusters of experts and specialized resources across the University, with our Hill Collaboration partners, and with corporate and national sectors. Most especially, I valued the opportunities I had to support undergraduate, graduate and postdoctoral students, especially those from underrepresented minority, first-generation and international populations. And I look forward to continuing to follow my passion for supporting all students in my retirement.”

“Gina has been a tremendous asset to the University and to faculty and student researchers,” says Provost Liddy. “At a time when federal dollars for scholarly research have declined nationwide, she oversaw an increasingly diversified research portfolio that saw increases from alternative sources such as foundations and nonprofits. Her passion for developing student researchers and for fostering collaborative partnerships is clear, and she has built a strong foundation on which to further expand our research footprint locally and nationally.”

Vanable’s appointment will be presented to the University’s Board of Trustees for approval at its next meeting.