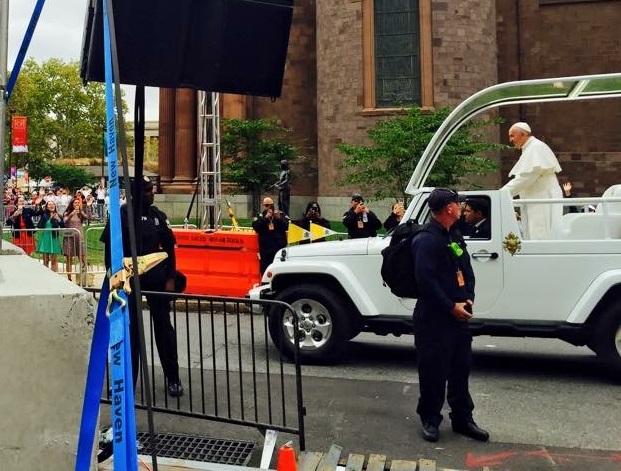 Emily Francisco G’17 almost got to see Pope Francis two years ago while she was studying abroad in Florence. She tried to attend a Mass he was celebrating in Rome, but she wasn’t able to get into the service.

This time she was not going to miss him.

“When I heard Pope Francis was coming to the United States, I knew I wanted to try again to see him, especially with this once-in-a-lifetime opportunity,” says Francisco, a master’s student in art history and museum studies. 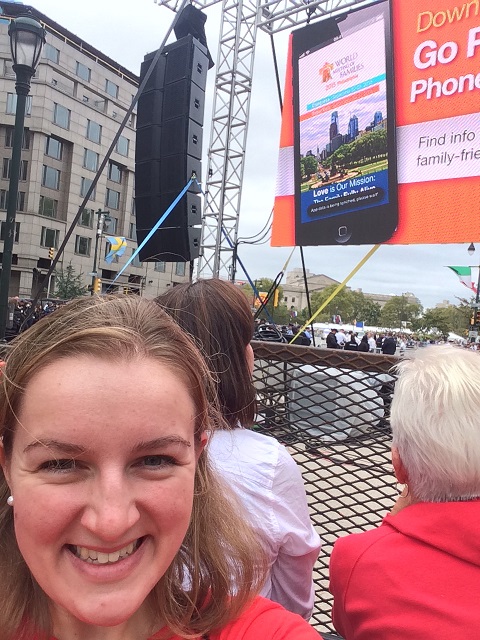 Francisco traveled to Philadelphia Sunday with a group of fellow Catholics from the Syracuse Diocese to attend Mass on the last day of Pope Francis’ visit to the United States and the last day of the World Meeting of Families. She was able to see him as he passed by her location twice in the popemobile.

“It was such a powerful experience to be there,” says Francisco, who is a teaching assistant in the Department of Art and Music Histories in the College of Arts and Sciences.

Her group left Sunday at 7 a.m. and parked a distance away. “We actually had to park a two-hour walk away from downtown, so it truly was a ‘pilgrimage’ experience,’” she says.

Francisco and three other young women in the group made their way to the area of City Hall and Benjamin Franklin Parkway, where they found a spot on the edge of the public area at a juncture of several streets.

The boulevard was lined with flags from around the world. Francisco and her group were right by the Vatican City flag, but the location proved even more fortuitous.

“Not only were we right in front of a Jumbotron screen, we ended up having a prime viewing point for the papal parade,” Francisco says. “He came toward us down one street that was farther away to our left, then wrapped around a cathedral nearby and surprised us by coming up the small street to our immediate right. It was very quick, but I couldn’t stop smiling after it happened.”

The Mass was also very meaningful to Francisco. A number of priests came out to the public areas, outside the areas with just ticketholders, to distribute communion, which she did not expect. 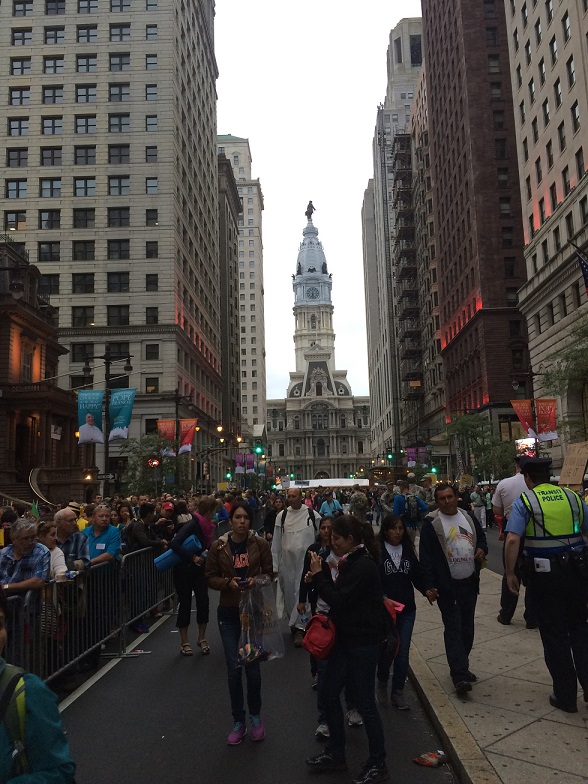 Emily Francisco joined hundreds of thousands of people to see Pope Francis during the World Meeting of Families in Philadelphia.

“I felt the presence of the entire community then. Everyone was quiet and respectful, and at communion no one was shouting to receive the host—people simply raised their hands, or reached their hands out across the barricade in this truly beautiful gesture,” Francisco says.

“It was so incredible to be there, surrounded by people from across the U.S. and all around the world,” she says.

For Francisco, the event was special for many reasons.

“I’ve admired Pope Francis ever since he was elected pope,” Francisco says. “When he chose the name Francis, it was close to my heart since my grandmother’s name is Frances—and her favorite saint is Saint Francis.” Francisco’s name is even a variation on the Pope’s selected name.

Francisco has seen how Pope Francis has become a bit of celebrity, but she finds it a welcome thing for the Catholic Church.

“He is doing so much in terms of revitalizing its image, and is making people see what Catholicism really is supposed to be about,” Francisco says. “He’s all about Catholic social teachings, and his involvement in a number of interfaith ceremonies and services this past week shows his commitment to an inclusive faith community. I think his words and persona resonate with people because he is, above all else, a loving and welcoming leader who believes in a loving and welcoming Church.”

Others who aren’t Catholic may also find his presence meaningful, Francisco says.

“He gives us hope that, as a global community, we might one day find peace through inclusivity and acknowledging the diversity that makes our world special,” she says. 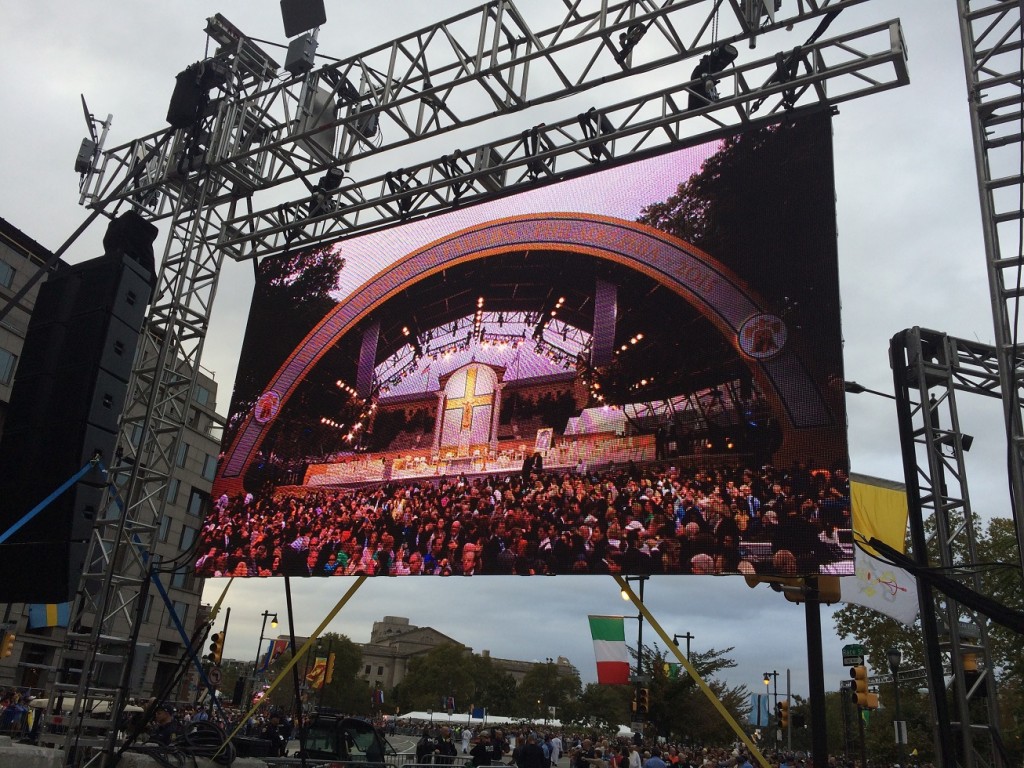 The Mass celebrated by Pope Francis in Philadelphia is shown on a giant screen.