The Implications of Finding Water on Mars: Q&A with Professor W. Henry Lambright 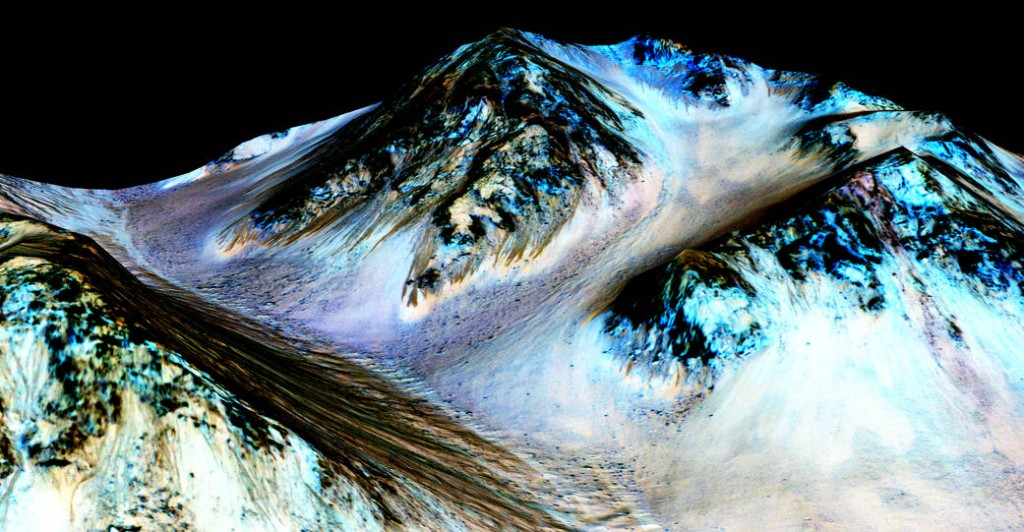 Dark, narrow streaks on Martian slopes such as these at Hale Crater are inferred to be formed by seasonal flow of water on contemporary Mars. The imaging and topographical information in this processed, false-color view come from the High Resolution Imaging Science Experiment camera on NASA’s Mars Reconnaissance Orbiter. Image Credit: NASA/JPL-Caltech/Univ. of Arizona

Is there life on Mars? New research findings by NASA released Monday show the presence of water and raise the possibility that life could exist in some form on the Red Planet.

The implications of these fascinating new findings and policy regarding future Mars exploration are discussed below by Professor W. Henry Lambright, author of “Why Mars: NASA and the Politics of Space Exploration” (Johns Hopkins University Press, 2014). 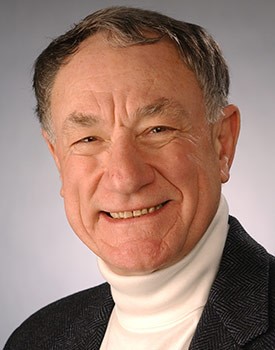 Lambright is a professor of public administration, international affairs and political science at the Maxwell School of Citizenship and Public Affairs. His research interests include federal decision-making on space technology, environmental policy, trans-boundary issues, national security, the integration of science with policy, technology transfer and leadership issues.

Lambright has written scores of articles and has written or edited nine books, which also include “Powering Apollo: James E. Webb of NASA” and “Space Policy in the 21st Century.”

Q: Is finding water on Mars the pinnacle of NASA’s efforts in exploring the Red Planet? What does this represent?

A: It is not the pinnacle, but it is a significant plateau along the way. It represents progress in answering the basic question of whether there is life or ever was life on Mars. Scientists believe life as we know it requires water. They now believe there was a great deal of water on Mars in the past. But if there is water today, that suggests the possibility of present life. It is not proof, but it gives hope of getting an answer to this basic question of past or present life.

Q: Where does this lead? Does this make the mission to Mars even more vital to continue to make a national priority and continue to fund?

A: It should lead to a higher priority for funding Mars exploration research. Mars has always been a magnet and the attraction has gotten stronger. Mars exploration should be a priority not just for the U.S., but for other nations. It makes sense as a global priority to which various nations could contribute resources. Also, the finding about water suggests that Curiosity or some future mission should look at this particular site more closely.

Q: Why did you want to explore the politics, policies and strategy of getting to Mars in your book “Why Mars: NASA and the Politics of Space Exploration”?

A: One of the fundamental questions we face today is whether our short-term democratic politics are capable of dealing with issues that extend over decades and generations. Since Apollo, Mars has been the prime destination for NASA. There have been ups and downs in priority of Mars exploration over the years, but NASA and the nation have managed to keep at the quest. I wanted to understand how this was accomplished. We have gone from fly-bys in the 1960s to Curiosity roving the planet today. I was interested in who did what, why and how to keep this effort going. The answers have broad relevance to many other issues of vital significance.

Q: Why are we so curious about Mars?

A: Mars is about life. It has always been about the possibility about alien life. But it is close enough that human life can possibly extend to it. There seems to be an inherent instinct in the human race to explore. We are doing that now with machines, and someday we will be doing it with human beings. It is this combination of possible life on Mars and eventual human life to Mars that makes it so compelling a destination.