Syracuse University will recognize the extraordinary contributions of both its senior alumni and its younger alumni during Orange Central homecoming during the weekend of Oct. 22-25.

The Generation Orange Award will be presented to Muss Akram ’10 during the Generation Orange Celebration on Friday, Oct. 23, from 9-11 p.m. in the Goldstein Alumni and Faculty Center. The award honors alumni who have graduated within the past 10 years and have made an impact on campus and in their communities through their volunteer work and philanthropy on behalf of the University.

The award is presented to those alumni who graduated more than 50 years ago and have demonstrated loyalty and service to the University. 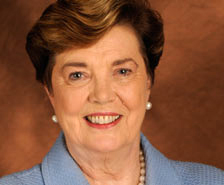 A leading spokesperson for American higher education, Broad became the 12th president of the American Council on Education (ACE)—and the first woman to lead the organization—in 2008.

Broad moved to ACE from the University of North Carolina (UNC), where she served as president from 1997-2006, leading UNC through a period of unprecedented enrollment growth. Due in large part to the success of the Focused Growth Initiative, minority enrollment at UNC grew at more than double the rate of the overall student body during her tenure. She also spearheaded the creation of a need-based financial aid program for in-state undergraduates and the creation of the College Foundation of North Carolina.

Broad held a number of administrative and executive positions at several universities prior to her tenure at UNC. At the California State University system, she served as senior vice chancellor for administration and finance from 1992-93 and as executive vice chancellor and chief operating officer from 1993 until her election as UNC president. Earlier in her career, Broad served as the chief executive officer for Arizona’s three-campus university system (1985–92) and held a succession of administrative posts at Syracuse University (1971–85).

Broad has written and spoken widely on strategic planning for higher education, K–16 partnerships, information technology, globalization and biotechnology. She currently holds seats on the boards of the Public Broadcasting Service and the Parsons Corp. She is past chair of the National Association of State Universities and Land-Grant Colleges, past chair of the Internet 2 board of trustees and past president of the International Council for Distance Education.
She has served on the boards and executive committees of the Business-Higher Education Forum; the Council on Competitiveness; the National Association of University System Heads; and the Centenary Committee for Fudan University in Shanghai, China.

Broad earned a General Motors Scholarship to the University and graduated Phi Beta Kappa with a B.A. degree in economics from the Maxwell School of Citizenship and Public Affairs. She holds a master’s degree in the field from The Ohio State University. 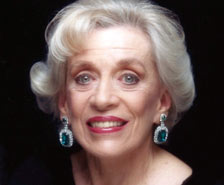 Thompson had begun her studies at Carlisle’s Dickinson College, but transferred to the University in 1943 after receiving a piano scholarship to attend the School of Music. Steinway artist Elvin Schmitt began teaching at Crouse College that year, and she benefited from four years of his extraordinary tutelage. During the intermission of her senior concert, Dean Ernst Bacon came backstage to offer her a graduate scholarship. This honor—and the fact that she was announcing her engagement that evening—made it one of the most exciting nights of her life to that point.

While her husband was at Harvard Law School on the GI Bill, Thompson taught piano at Boston University. Following law school, the couple moved to England on a Fulbright Scholarship, where they continued their studies.

Their first child was born in London three months before they returned to New York City. Thompson continued her piano study and gave the first of what was to be three piano concerts at Carnegie Recital Hall. After moving to Charlotte, N.C., where she raised five children, she continued her piano career, performing with orchestras, touring around the world and playing from 1972-80 on the Queen Elizabeth II. She also obtained her master’s degree from the University of North Carolina-Greensboro, where she also worked many years toward her doctorate. In addition, she taught at Queens College, the Community School of Arts and the University of North Carolina-Charlotte. She also gave a piano debut in Vienna and earned an artist’s diploma from the Conservatory of Vienna.

It was not until the 1970s that Thompson started to run. It was just a trot around the block at first. In 1999, when a choir member told Harriette that she was going to walk a marathon for leukemia and lymphoma, it prompted Thompson, at age 76, to sign up for the Rock ’n’ Roll San Diego Marathon. This was the beginning of her annual participation in the marathon, accompanied each year by one or both of her sons, Sydnor and Brenny.

Much to her surprise, Thompson set world records in the 2014 and 2015 Rock ’n’ Roll San Diego Marathons. In 2014, she set the world record time for a woman over 90, and in 2015, at age 92, she became the oldest female to complete a marathon. Motivated by her interest in supporting research to battle leukemia and lymphoma, she has raised about $100,000 for the cause.

As a two-time cancer survivor herself, and having lost both parents, three of her four brothers and numerous aunts, cousins and friends to the disease, the fight has become personal for Thompson. On Jan. 27, her husband of 67 years died of cancer. It is not surprising that she intends to honor his memory by attempting another marathon, and by joining the Leukemia and Lymphoma Team in training for the Rock ’n’ Roll San Diego Marathon in 2016.

Introduced in fall 2013, the Generation Orange Award recognizes Generation Orange alumni who have made an impact on campus and in their communities through their volunteer work and philanthropy on behalf of the University. 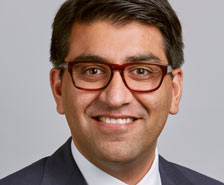 Akram takes great pride in being a Syracuse alumnus and, five years after graduating, admits that he still has a weakness for all things Orange. Akram credits the University with putting him on the right track to a successful career, as he earned dual degrees in chemical engineering and international relations at SU before completing graduate work at Cornell University.

Today, Akram is based in Houston as a senior associate at Strategy&, part of the PwC Network (formerly Booz & Co.). In this role, he works to solve complex, unstructured problems for power companies as the nature of energy production and consumption shifts. Prior to joining Strategy&, Akram was a consulting services manager at PowerAdvocate, helping utility clients nationwide improve their operations. He has previous experience as a chemical engineer in the design of upstream and downstream oil, gas, condensate and liquid pipelines.

Akram continues to be amazed by the University community, especially those from the College of Engineering and Computer Science and the alumni network that extends beyond campus and around the world. It’s the reason why he chooses to give back. He is a member of the ECS Young Alumni Board and provided the support for Engineering Meets Business, a program he developed with the college to prepare forward-thinking engineers for ever-evolving industry challenges.

Akram believes all alumni have a responsibility to ensure that quality educational opportunities continue.

“It was the vision of those who came before us that helped create SU and gave us the platform for our starts,” he says. “It’s on us to do the same for future students, so the SU community can keep coming together and providing an interconnected world for generations to come.”