On the heels of Pope Francis’ visit to the United States, Thomas C. Fox, publisher of the National Catholic Reporter (NCR), will deliver the Joseph and Amelia Borgognoni Lecture in Catholic Theology and Religion in Society. 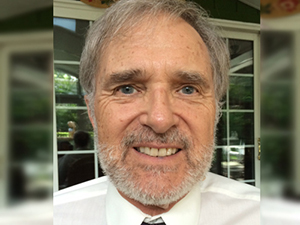 Titled “Pope Francis and the New Reformation,” the event will take place on Monday, Oct. 5, at 7 p.m. in Maxwell Auditorium. It is free and open to the public. For more information, contact the Department of Religion in the College of Arts and Sciences at 315-443-3863.

Fox will offer a personal assessment of contemporary Catholicism, both in light of the dynamic Francis papacy and a rapidly changing world. Although a Francis supporter, he questions if the pope has the strength—or time—to make the changes required for Catholicism to unleash the fullness of its gospel and sacramental missions.

“Tom Fox is unquestionably one of the most thoughtful and knowledgeable commentators on the church in the modern world, and I look forward to his honesty and insight,” says Margaret Susan Thompson, chair of the Borgognoni Fund’s faculty steering committee. Thompson is based in the Maxwell School, where she serves as associate professor of history and political science and as a senior research scholar of the Campbell Public Affairs Institute.

Under Fox’s leadership, NCR, in 1985, became the first news outlet to publish an investigation of clergy sex abuse and link the case to a systemic pattern of cover-ups by bishops. Despite criticism from readers and church leaders, the Missouri-based NCR continued to cover the issue aggressively. Secular news outlets and diocesan newspapers (the latter of which are overseen by bishops) largely ignored the scandal, until the Boston Globe’s groundbreaking coverage in January 2002 of the Archdiocese of Boston.

Fox is the author of four books, including “Sexuality and Catholicism” (George Braziller Inc., 2000), and is co-founder and director of Global Sisters Report, a sister website to NCR, specializing in the coverage of women religious around the world.

Now in its fourth year, the Borgognoni Lecture is made possible by the late Monsignor Charles L. Borgognoni (a.k.a. Father Charles), longtime Roman Catholic chaplain of the St. Thomas More Campus Ministry. Before his death in 2007, Borgognoni established a fund in memory of his parents, Joseph and Amelia, to promote the study of Catholic theology and religion in society at Syracuse.

The Borgognoni Fund also relies on the generosity of friends and alumni, including Judith Pistaki Zelisko ’72, a member of the College of Arts and Sciences’ board of visitors, and Charles Borgognoni ’76, nephew of Father Charles, both of whom spearheaded fundraising efforts.

For more information about the Borgognoni Fund or to contribute, contact Karen Weiss Jones at 315-443-2028 or kmweissj@syr.edu.