Syracuse SymposiumTM continues its “Networks” theme with a program devoted to social networks from more than 500 years ago. 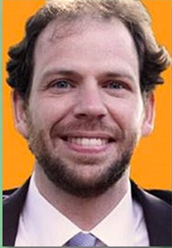 Christopher Warren, associate professor of English at Carnegie Mellon University, and Daniel Shore, associate professor of English at Georgetown University, will discuss “Networks and Digital Humanities: Six Degrees of Francis Bacon” on Thursday, Sept. 17, at 5 p.m. in the Peter Graham Scholarly Commons (Room 114) in Bird Library. The lecture is free and open to the public.

Warren and Shore are co-founders of “Six Degrees of Francis Bacon,” a collaborative digital project that attempts to reconstruct Great Britain’s Early Modern social network. Drawing on the name of the popular party game “Six Degrees of Kevin Bacon,” the open-source project was launched in 2012 with support from a Google Faculty Research Award. The idea is for scholars and students to curate a dataset of more than 13,000 people and nearly 200,000 relationships from the 1500s to 1700s.

Vivian May, director of the Humanities Center and a professor of women’s and gender studies, considers Six Degrees an innovative model of collaborative scholarly practice. 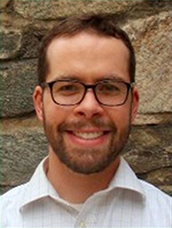 “People from all over the world have contributed to the project, using data mining to pull associative information from manuscripts, letters and other written documents,” she says. “The end goal is to connect the dots and create an ever-evolving database that helps students and scholars, alike, gain a better understanding of Early Modern social relations among writers and thinkers of the period.”

For more information about the event, call the Syracuse University Humanities Center at 315-443-7192 or visit http://syracusehumanities.org.

Warren and Shore’s visit is co-sponsored by the Department of Art & Music Histories and the Writing Program, both in the College of Arts and Sciences, and by Syracuse University Libraries. Syracuse SymposiumTM is organized and presented by the Humanities Center, based in Arts and Sciences.