Bob Costas ’74 to Be Enshrined in WAER Hall of Fame 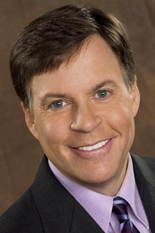 Legendary broadcaster Bob Costas ’74 will be inducted in the Hall of Fame of Syracuse University radio station WAER at a ceremony and tribute event Monday, Sept. 21, at 6:30 p.m. in Studio 9C at 30 Rockefeller Center in New York City. Costas, among the most honored and accomplished sports journalists in television history, will be celebrated by colleagues and sports figures from across the nation.

The 26-time Emmy Award winner and NBC Sports icon will be honored by WAER, the pioneering student radio station founded in April 1947 at Syracuse University. WAER, longtime voice of Syracuse University sports and news, has produced generations of accomplished broadcast alumni. WAER alumni Marv Albert and Ian Eagle will be part of the ceremony.

Syracuse University basketball coach Jim Boeheim and a series of media figures inside and outside of NBC Sports will also pay tribute. NBC Washington investigative reporter Scott MacFarlane will serve as emcee and host.

“Bob Costas is a formative figure in the history of WAER,” says WAER General Manager Joe Lee. “For generations, our station has served as a training ground for America’s most accomplished broadcasters. Perhaps no one has ever set the bar as high as Bob during his time as a WAER broadcaster.”

Costas will join a Hall of Fame that includes Ted Koppel, Mike Tirico of ESPN/ABC, Lakshmi Singh of NPR and play-by-play legend Hank Greenwald. Greenwald and Tirico (who will be calling Monday Night Football the same evening) will provide video tributes to Costas to be played at the ceremony.