Fifty alumni of the S.I. Newhouse School of Public Communications—accomplished professionals from all areas of the media industry—will be honored at a special event Oct. 29 in New York City. Attendees at the “50Forward” Gala will observe 50 years of the Newhouse School and celebrate the strength of the school as it moves into the next 50 years. 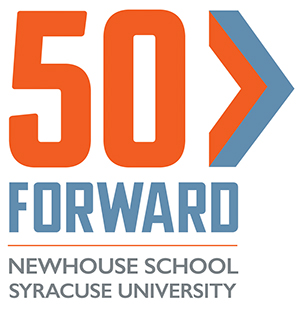 “We have a strong heritage of legendary alumni, who have helped build the Newhouse School’s reputation as the best,” says Newhouse Dean Lorraine Branham. “And we continue to watch new generations of alumni live up to that reputation. We chose these honorees because they represent the kind of forward thinking for which our graduates have always been known. They show us why ‘the best and the brightest’ come to Newhouse not to be followers, but to be leaders.”

Jon Cohen ’90, co-founder and co-CEO, The FADER and Cornerstone Agency 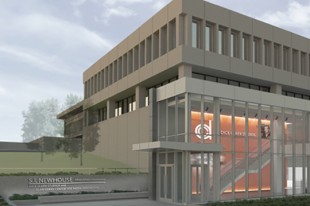 The Newhouse School is named for late publishing magnate Samuel I. Newhouse, founder of Advance Publications. His $15 million gift to Syracuse University supported the construction of Newhouse 1, the first of the school’s three buildings, which was dedicated by President Lyndon B. Johnson in 1964. The building housed what was then the School of Journalism, but in 1971, the school merged with the Department of Television and Radio and was re-named the S.I. Newhouse School of Public Communications, becoming the most comprehensive, stand-alone school of its type in the nation. With continued support from Samuel Newhouse, the second building in the school’s complex, Newhouse 2, opened in 1974 with a keynote address by William S. Paley, chairman of the board of CBS.

Following Newhouse’s death in 1979, control of his publishing empire went to his sons, S.I. Newhouse Jr. and Donald Newhouse. With their ongoing involvement through the S.I. Newhouse Foundation, the school continued to grow and strengthen. In 2007, with a lead gift from the Newhouse Foundation and the Newhouse family, the third building, Newhouse 3, was dedicated with a keynote address by Chief Justice of the United States John G. Roberts. And last year, following an $18 million renovation of Newhouse 2, the Newhouse Studio and Innovation Center was opened at a dedication ceremony featuring remarks from special guest Oprah Winfrey. The cutting-edge facility includes Dick Clark Studios and the Alan Gerry Center for Media Innovation.

For more information or to purchase tickets, table sponsorships or a congratulatory message, visit http://50forward.syr.edu or contact Amanda Griffin at 315-443-7982 or algri100@syr.edu.