UVP Presents ‘We Were Never Human,’ a Year-Long Program of Exhibitions and Events

Urban Video Project (UVP) and parent organization Light Work are presenting “We Were Never Human,” a year-long program at UVP and partner organizations that will feature the work of established and emerging artists who explore the shifting idea of what it means to be human, the notion of posthumanism and encounters with the non-human. 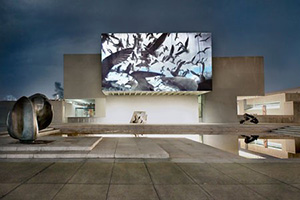 Posthumanism has become an umbrella term under which a diverse array of contemporary intellectual currents across all disciplines in the humanities can be grouped. While the term is not unproblematic, it does capture the sense that both a radical rethinking of the humanities/humanism, and a rapprochement between the humanities and the sciences, are an urgent necessity in order to address the most pressing issues that we as a species currently face. Part of this urgency comes from the pressure placed on the very notion of the human by our rapidly changing understanding of ourselves in light of developments in neuroscience and genetics, human-caused climate change, the increasingly sophisticated and insidious forms assumed by biopolitical power, capital’s increasingly neoliberal turn, and exponential advances in computational and communications technologies, to name but a few examples. At the same time, posthumanism entails a decentering of the human subject that opens up critically important questions about how to reconstruct ethics without the notion of an implicitly human “worthy subject” at its center.

UVP’s 2015-2016 program “We Were Never Human” features the work of contemporary artists exploring these complex themes through their content, form and style. Featured artists include Lucien Castaing-Taylor and Véréna Paravel, the Otolith Group, Mary Mattingly and Saya Woolfalk, among others.

Below is an overview of “We Were Never Human” main exhibitions and related events at UVP and related programming at partner organizations.

“Leviathan” (2012) is a groundbreaking, immersive portrait of the contemporary commercial fishing industry. Filmed off the coast of New Bedford, Mass., “Leviathan” follows a hulking groundfish trawler into the surrounding murky black waters on a weeks-long fishing expedition. But instead of romanticizing the labor, filmmakers Castiang-Taylor (“Sweetgrass”) and Paravel (“Foreign Parts”) present a vivid, almost kaleidoscopic representation of the work, the sea, the machinery and the players, both human and marine. The film that emerges is unlike anything that has been seen before. Entirely dialogue-free, but mesmerizing and gripping throughout, it is a cosmic portrait of one of mankind’s oldest endeavors.

A related video installation, “He Maketh a Path to Shine after Him; One Would Think the Deep to Be Hoary” (2013), will be on view in the Everson’s Cloud-Wampler gallery from Sept. 19-Nov. 29. 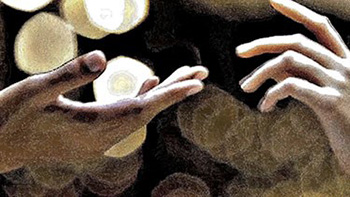 “Anathema” (2011) reimagines the microscopic behavior of liquid crystals undergoing turbulence as a sentient entity that possesses the fingertips and the eyes enthralled by the LCD touch-screen. “Anathema” can be understood as an object-oriented video that isolates and recombines the magical gestures of dream factory capitalism. “Anathema” proposes itself as a prototype for a counter-spell assembled from the possible worlds of capitalist sorcery.

This short exhibition of selected video work by multimedia artist Mary Mattingly is held in conjunction with her solo show at Light Work’s Kathleen O. Ellis Gallery Jan. 19-March 10, 2016. Through the building of ecosystems and mobile environments, Mattingly’s work explores issues of access to basic resources, supply and waste chains, and our shared present and future. 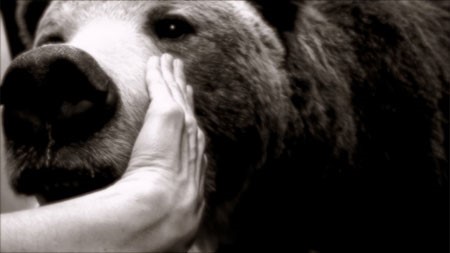 “Species Meet” will be an exploration of our changing understanding of the relationship between “the human” and “the animal.” A small group exhibition at UVP Everson will be paired with an indoor curated screening of video works that range from the critical deconstruction of our current relationship to non-human animals, to pieces that propose both plausible and more fantastical re-imaginings of that relationship and its fluid boundaries. The screening will be followed by a panel talk led by theorist Cary Wolfe, whose work explores posthumanism, deconstruction and the burgeoning field of animal studies. Wolfe will be joined by several participating artists, including Maria Whiteman. A related multimedia exhibition is planned for the Member’s Council Gallery inside the Everson Museum of Art.

Multimedia artist Woolfalk will premiere new video, 2D and 3D work at UVP and inside the Everson Museum of Art created during her 2015 Light Work UVP artist residency. According to the artist, her work “considers the idea that symbolic and ideological systems can be activated and re-imagined through collaboration, imaginative play and masquerade.” Woolfalk is perhaps best known for the work she has done relating to her “Empathics” mythos, which imagines the culture of a society of alien beings who are plant-human hybrids.